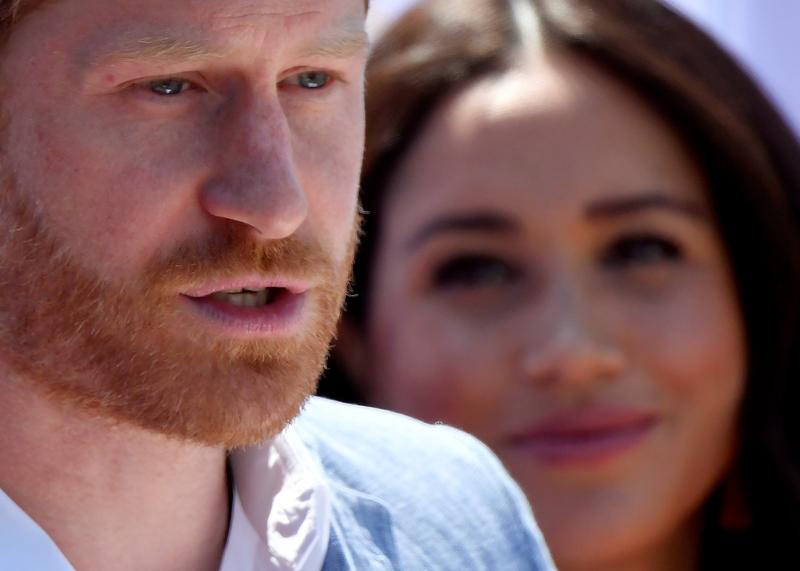 LONDON (Reuters) – Britain’s Prince William is worried about his brother after Prince Harry and wife Meghan spoke out about their struggle to live under a global spotlight, the BBC reported.

FILE PHOTO: Britain’s Prince Harry, Duke of Sussex, gives a speech as his wife Meghan, Duchess of Sussex, looks on, during a visit to the Youth Employment Services (YES) Hub in Tembisa township, near Johannesburg, South Africa, October 2, 2019. REUTERS/Toby Melville

The Corporation quoted a palace source as saying there was a view that the couple were “in a fragile place”. William was worried about his younger brother and hoping that they “are all right”, the source said.

Prince Harry, Queen Elizabeth’s grandson, has issued a number of emotional statements in recent months condemning the behaviour of the tabloid press and launching legal action in response to what he has called “bullying” by some sections of the media.

On Sunday the ITV television channel broadcast a documentary that was filmed during the couple’s recent tour of Africa. In it Harry said he would not be bullied into “playing the game” with the media that he believes killed his mother Diana, and revealed a rift had developed with William.

Princess Diana became one of the most photographed women on the planet after she married heir to the throne Prince Charles. She died in a car crash in 1997 after being followed through the streets of Paris by photographers.

In the same documentary Meghan Markle, a former American actress, said the last year had been hard and friends had warned her not to marry Harry because of the conduct of the British tabloid press.

“I never thought that this would be easy, but I thought it would be fair, and that is the part that is really hard to reconcile,” Markle said in the programme that aired on Sunday.

“When people are saying things that are just untrue and they have been told they are untrue, but they are allowed to still say them, I don’t know anybody in the world that would feel like that is OK, and that is different from just scrutiny.”

Both Harry and Meghan have launched legal proceedings against Britain’s biggest tabloids. Harry has said he believes the treatment of Markle was reminiscent of the press’ approach to his mother, and said what happened to her remains incredibly raw.