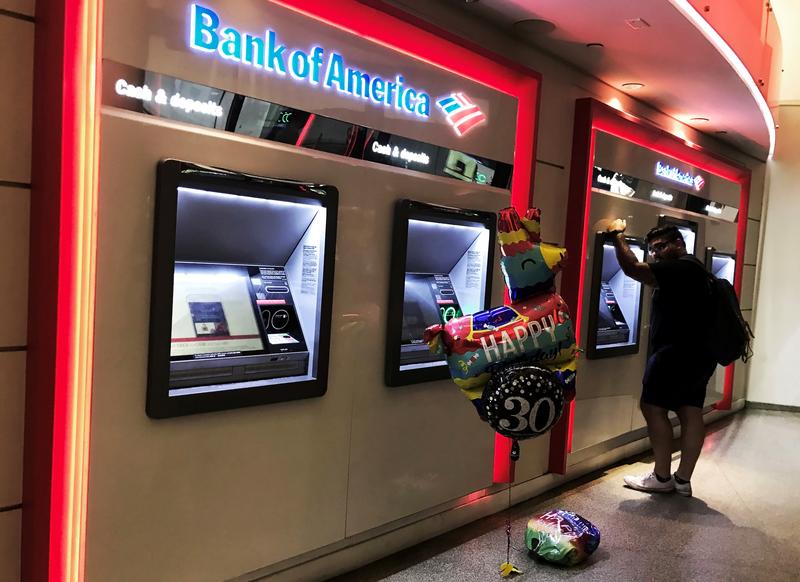 FILE PHOTO: A man uses an ATM machine next an inflatable plastic balloon inside a Bank of America branch in Times Square in New York, U.S., August 10, 2019. REUTERS/Nacho Doce/File Photo

(Reuters) – Bank Of America said on Monday it would expand its zero-dollar online trading to all customers of its Preferred Rewards program and cut commissions for others, following similar moves by several online brokers.

“We began offering zero-dollar trading 13 years ago as one of the many ways we reward clients for doing business with us,” Aron Levine, head of Consumer Banking and Investments at Bank of America, said in a statement.

Reporting by Abhishek Manikandan in Bengaluru; Editing by Sriraj Kalluvila