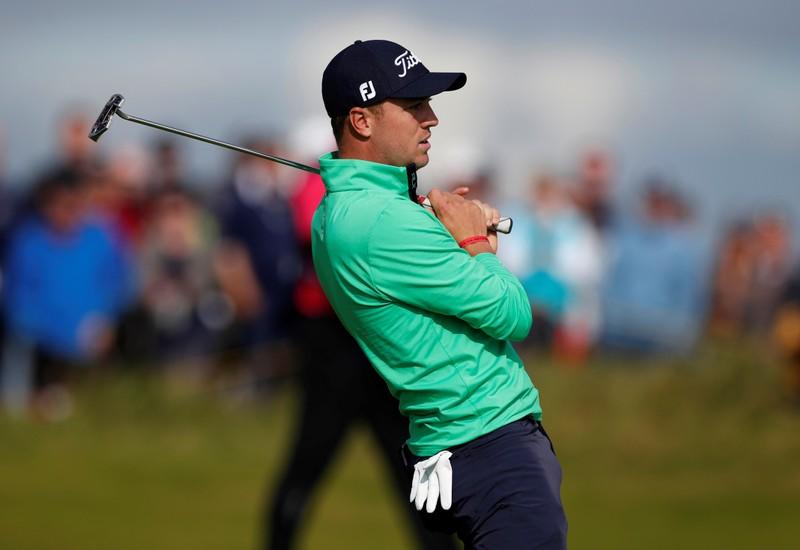 SEOUL (Reuters) – Inaugural champion Justin Thomas staved off a challenge by Danny Lee to claim his second CJ Cup title in three years with a two-shot victory over the Korean-born New Zealander at Nine Bridges on Sunday.

The overnight leaders were level for the first 13 holes before Thomas surged ahead with a birdie on the 14th, while Lee bogeyed the 15th and 16th to effectively drop out of contention.

Thomas eventually signed off with a five-under 67 for a winning total of 20-under 268, while Lee carded 69 to finish in second place to the American.

A further three shots behind was Jordan Spieth, who returned 71, while fellow American Phil Mickelson finished with 68 to be joined by Australian Jason Day (71) at seven-under.