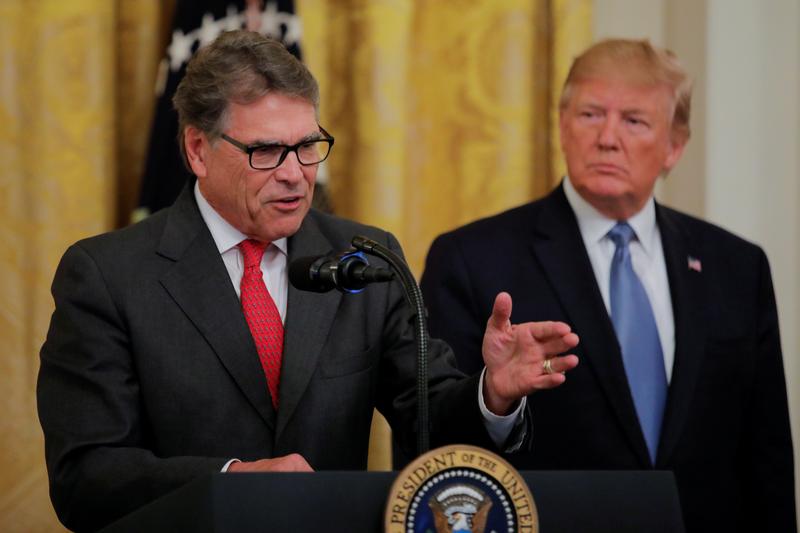 WASHINGTON (Reuters) – U.S. Energy Secretary Rick Perry will not turn over documents to congressional Democrats who had subpoenaed them over his role in Ukraine as part of their impeachment probe into President Donald Trump, a department official said in a letter on Friday.

In a letter to the three committees, Melissa Burnison, an assistant energy secretary, wrote that the impeachment inquiry had not been properly authorized.

“Even if the inquiry was validly authorized, much of the information sought in the subpoena appears to consist of confidential Executive Branch communications that are potentially protected by executive privilege,” said the letter, a copy of which was obtained by Reuters.

“However, the Department remains committed to working with Congress on matters of mutual importance conducted in accordance with proper authorizations and procedures,” it said.

The energy department’s response follows the lead of the White House, which has said it would refuse to cooperate with an “illegitimate, unconstitutional” congressional impeachment inquiry.

The impeachment probe stems from Trump’s efforts to push Zelenskiy in a July 25 call to investigate his unsubstantiated allegation that Biden improperly tried to aid his son Hunter’s interests in a gas company in Ukraine.

Perry, who submitted his resignation to Trump on Thursday, told Fox News in an interview on Friday morning that he had urged Trump to call Zelenskiy to talk about fighting corruption and how U.S. liquefied natural gas could help ease dependency on gas from Russia.

He said he never talked about Biden in any conversations with Zelenskiy or the White House, however.