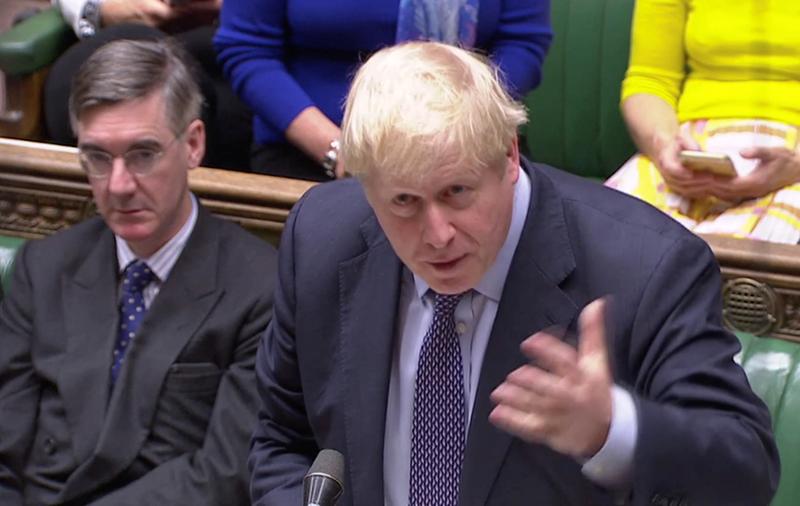 Britain’s Prime Minister Boris Johnson speaks at the House of Commons as parliament discusses Brexit, sitting on a Saturday for the first time since the 1982 Falklands War, in London, Britain, October 19, 2019, in this screen grab taken from video. Parliament TV via REUTERS

LONDON (Reuters) – British Prime Minister Boris Johnson said on Saturday he would not negotiate a delay to Brexit, after lawmakers backed a proposal to withhold approval for his agreement until formal ratification legislation has passed.

If a deal is not approved by parliament by the end of Saturday, Johnson is required by law to ask the European Union for a three-month delay to Brexit.

“I will not negotiate a delay with the EU and neither does the law compel me to do so,” Johnson told parliament after the vote.

“I will tell our friends and colleagues in the EU exactly what I have told everyone else in the last 88 days that I have served as prime minister: that further delay would be bad for this country, bad for the European Union and bad for democracy.”