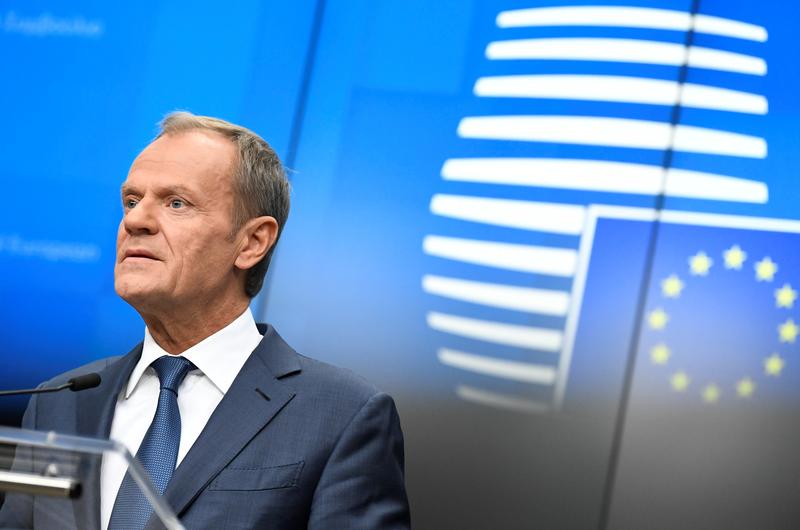 BRUSSELS (Reuters) – The chairman of European Union leaders Donald Tusk said on Saturday he received a request from British Prime Minister Boris Johnson for an extension of the Brexit deadline of Oct. 31, as required by the British parliament.

“The extension request has just arrived. I will now start consulting EU leaders on how to react,” Tusk said on Twitter.

Johnson asked Tusk to delay the deadline for Britain’s exit from the European Union until the end of January 2020, as envisaged by the Benn Act passed by the British parliament.

An EU official said the extension request was not signed by Johnson and that it came with a cover letter from Britain’s ambassador to the EU Sir Tim Barrow explaining the government is obliged to ask for an extension under British law.

Separately, Johnson sent a letter to Tusk saying he did not want an extension, the official said.