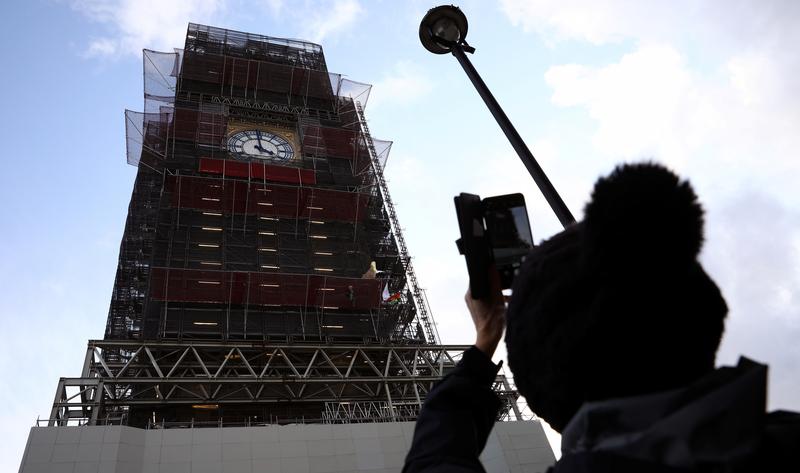 A person takes a picture of an Extinction Rebellion climate change activist on the scaffolding of the Big Ben tower in London, Britain, October 18, 2019. REUTERS/Tom Nicholson

LONDON (Reuters) – A climate-change protester climbed scaffolding around London’s Big Ben tower at parliament on Friday, as nearly two weeks of action from the Extinction Rebellion group draws to a close.

The movement has been targeting government buildings, a local airport and financial institutions such as BlackRock to highlight the threat posed by global warming.

Tree surgeon Ben Atkinson, 43, climbed part of the way up Big Ben, hanging two banners from scaffolding on the tower, which is being renovated.

“(He) will drop an Extinction Rebellion banner to highlight government inaction on the Climate and Ecological Emergency,” the group said in a message.

Coming to prominence in April when it sparked travel chaos in London for 11 days, Extinction Rebellion wants Britain to accelerate its plans to eliminate fossil fuels.

Police said officers were at the scene.