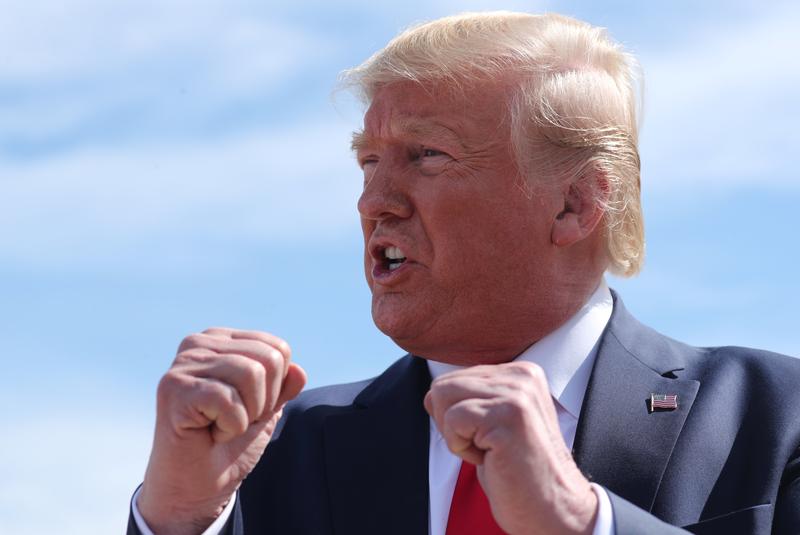 FILE PHOTO: U.S. President Donald Trump talks to reporters about Turkey’s agreement to a ceasefire in Syria as he arrives in Fort Worth, Texas, U.S., October 17, 2019. REUTERS/Jonathan Ernst

WASHINGTON (Reuters) – U.S. President Donald Trump said on Thursday he has a lot of confidence in his acting chief of staff, Mick Mulvaney, after Mulvaney told reporters that Ukraine’s investigation into the 2016 election was one of the reasons Washington had delayed aid to Kiev, before denying the White House had done that.