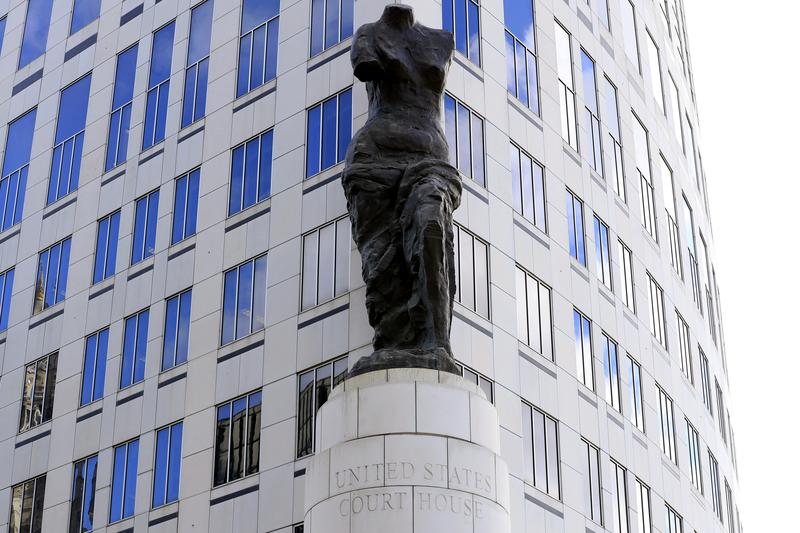 A view of the statue standing in front of the U.S. District Courthouse in Cleveland, Ohio, U.S., October 18, 2019. REUTERS/Aaron Josefczyk

CLEVELAND (Reuters) – A landmark trial stemming from the U.S. opioid epidemic is expected to begin on Monday after last-ditch talks to strike a multibillion-dollar settlement faltered on Friday, according to an attorney for local governments.

The thousands of local governments that sued drugmakers and distributors are “not on the same page” as state attorneys general who also sued the companies, said the attorney, Paul Hanly.

“Our clients aren’t there yet,” said Hanly, who represents the local governments that brought the bulk of the lawsuits.

Together, the companies will be defending themselves at Monday’s trial over allegations they fueled an opioid addiction crisis that caused roughly 400,000 U.S. deaths from 1999 to 2017, according government statistics.