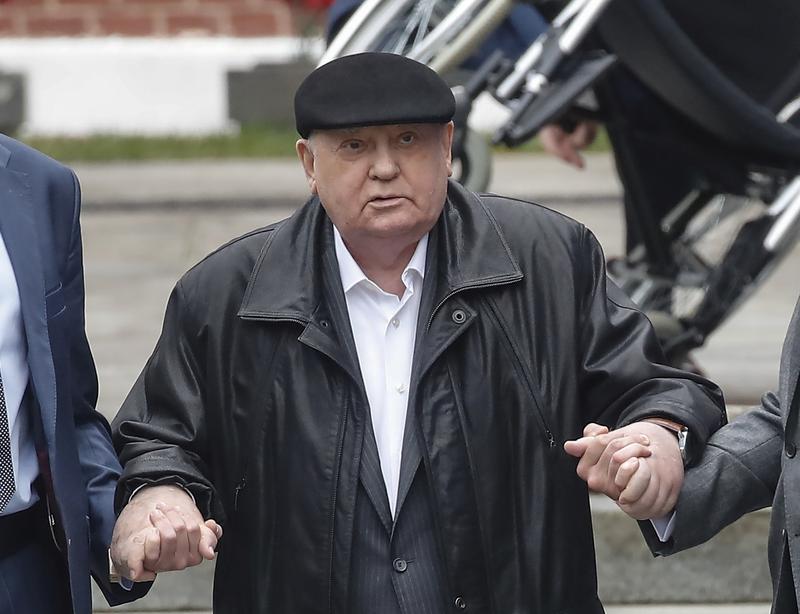 MOSCOW (Reuters) – Mikhail Gorbachev, the last Soviet leader, warned on Friday that the world was drifting into a dangerous era of militarised politics and appealed to Moscow and Washington to sit down for urgent nuclear arms control talks.

Gorbachev, whose 1980s arms control push and democracy-oriented reforms helped end the Cold War, made the comments to the daily newspaper Izvestia two months after the demise of a landmark nuclear pact he signed in 1987.

“There are dangerous trends – they are all in plain sight. I would single out two. They are the disregard for international law and the militarization of world politics,” Gorbachev said.

U.S. President Donald Trump’s administration formally pulled out of the Intermediate-Range Nuclear Forces Treaty (INF) in August, accusing Moscow of violating it, and then tested a missile with a range previously banned under the treaty.

Moscow denies flouting the accord, but President Vladimir Putin has said Russia now has no option but to produce previously banned missiles to ensure its own security.

The last major nuclear arms control treaty between Russia and the United States, the New START treaty, is due to expire in 2021. It limits the number of strategic nuclear warheads the world’s two biggest nuclear powers can deploy.

Putin has said Moscow is ready to extend the pact, but has complained about what he sees as a U.S. refusal to engage properly on the subject. U.S. officials have said it could be scrapped when it expires and replaced with something else.

Gorbachev, 88, said the collapse of the INF treaty made the need for U.S.-Russia talks all the more urgent. Although Gorbachev has no direct influence in Washington and Moscow these days, his views still carry weight with some policymakers given his role in helping craft the global arms control architecture.

“…It turned out this treaty was the most important pillar of strategic stability. We need talks so that its destruction does not exacerbate the threat of war,” said Gorbachev.