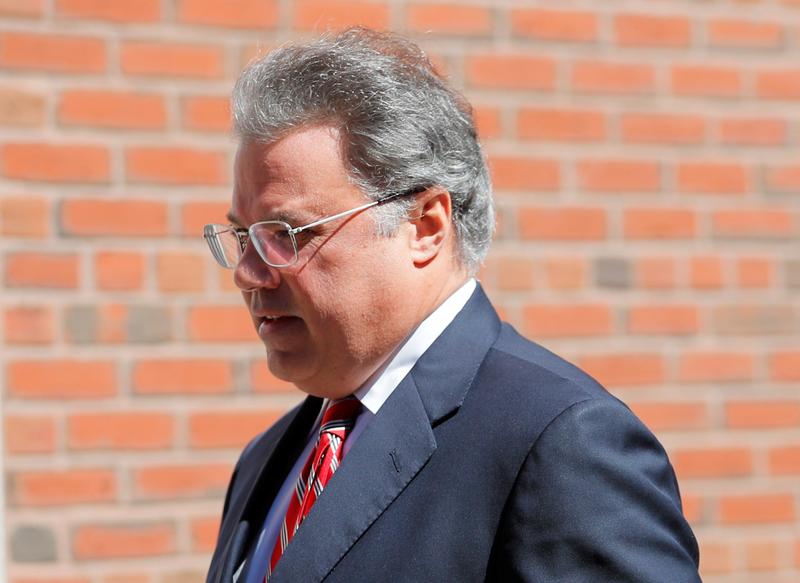 BOSTON (Reuters) – The former chief executive of specialty finance lender Hercules Capital Inc and a former food manufacturer executive have agreed to plead guilty to charges related to their role in the U.S. college admissions scandal, prosecutors said on Friday.

Both of the wealthy parents are due to appear in court on Monday to enter their pleas, the same day Douglas Hodge, the former chief executive of bond manager Pimco, is set to also plead guilty for his role in the scheme.

They are among 52 people charged with participating in a vast scheme in which wealthy parents conspired with a California college admissions consultant to use bribery and other forms of fraud to secure the admission of their children to top schools.

The 35 parents charged in the investigation include executives and celebrities, such as “Desperate Housewives” star Felicity Huffman and “Full House” actress Lori Loughlin.

Huffman reported to prison on Tuesday after she admitted to engaging in the college exam cheating scheme and was sentenced to a 14-day term. Loughlin has pleaded not guilty.

Friday’s announcement brought to 18 the number of parents who have agreed to plead guilty to charges related to a sprawling investigation that authorities have dubbed “Operation Varsity Blues.”

California real estate developer Robert Flaxman on Friday became the 10th to be sentenced, receiving one month in prison for paying $75,000 to have Singer arrange for a corrupt test proctor to secretly correct his daughter’s ACT exam answers.

Prior to his arrest in March, Henriquez was chairman and CEO of Palo Alto, California-based Hercules. He was charged alongside his wife, Elizabeth Henriquez, who has pleaded not guilty.

Prosecutors alleged they paid Singer to help fraudulently inflate their two daughters’ entrance exam scores and also paid him $400,000 to bribe a tennis coach to help their oldest gain admission to Georgetown University.

Janavs similarly agreed to pay Singer $400,000 to facilitate her son’s admission to Georgetown as a fake tennis recruit, prosecutors said.