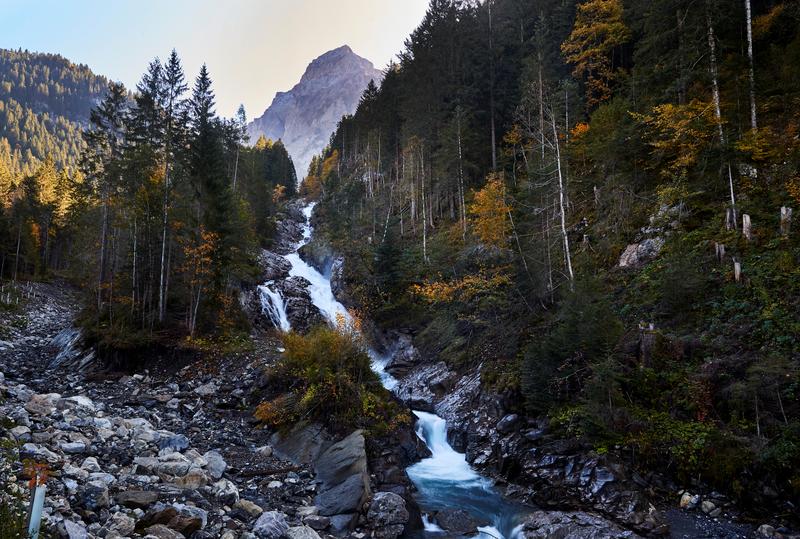 LENK IM SIMMENTAL, Switzerland (Reuters) – Perched nearly 2,000 meters above the Swiss ski village of Lenk, a lake has emerged as the Plaine Morte glacier melts. When it burst it sent billions of liters of water gushing into the valley below and prompted a precautionary evacuation last July.

FILE PHOTO: The Simme river flows down a waterfall, days ahead of federal elections, in Lenk, Switzerland October 14, 2019 and with a long exposure. REUTERS/Denis Balibouse

While a new drainage system has headed off immediate danger, the experience of places like Lenk has brought the consequences of climate change home to voters ahead of a parliamentary election on Sunday.

Polls show gains for the environmentalist Greens, vaulting them into the mix for a seat in the grand coalition that has governed the conservative nation for decades. Changing just one member of the seven-seat council would be a political sensation.

“There is a deep and durable change in people’s concerns and a new general awareness of the urgency,” said Pascal Sciarini, a political scientist at the University of Geneva.

“The expected progress of the Greens and Green Liberals (GLP) can clearly be explained by the environmental concerns linked to climate change.”

A Sotomo poll this month for broadcaster SRF showed the right-wing Swiss People’s Party (SVP), which won record seats in 2015 amid Europe’s refugee crisis, will dip 2.1 points to 27.3% while the Green Party’s share will rise more than 3 points to 10.7% of the vote.

The smaller, more centrist Green Liberal Party (GLP) is also expected to advance, bringing their combined strength to a theoretical 18%.

That would place them collectively third behind the SVP and the centre-left Socialists (SP), ahead of the centre-right Liberals (FDP), who have two of the seats on the Federal Council that is Switzerland’s government.

“If the elections turn out as the current state of affairs suggests, we’ll have to discuss the ‘magic formula’,” GLP President Juerg Grossen told the SonntagsZeitung paper this month.

He was suggesting a shake-up of the cabinet whose seats have been divvied up among the SVP, SP, FDP and Christian People’s Party (CVP) in nearly the same way since 1959.

In December, the two parliamentary chambers will elect the government, but in the past it has taken more than one national election cycle for that parliamentary selection procedure to change the cabinet lineup to more closely reflect the results.

Even if the Greens do not get a seat, they could help push through legislation such as a carbon law rejected by parliament last year that is again under consideration.

In part due to the country’s distance from the sea, Swiss temperatures are rising at twice the global average. Damage to infrastructure, for example by rockfalls, and lost energy revenues linked to climate change could cost up to 1 billion Swiss francs ($1.01 billion) a year, a government study this year found.

A Sotomo survey showed 27% of voters viewed climate change as their top concern, followed by health insurance premiums and ties to the European Union.

Tens of thousands, mostly students, have marched to demand climate action even though big protests are rare. Switzerland’s direct democracy system makes referendums the normal channel for venting opposition to the status quo.

Yet, it is unclear whether action in the street can convert into votes. Swiss Election Study data show that fewer than a third of 18 to 24-year-olds took part in 2015. National turnout was only 49 percent.

“Young people are starting to consider voting itself, like being a vegan or biking, as a climate-friendly action,” she said.

The Greens’ success could hit all major parties, including the SVP, whose President Albert Rosti has called climate change a “eco-socialist scam against the middle class”.

But analysts caution against expecting too radical a shift. Green parties do not have a monopoly on ecological issues and many voters in the rural SVP heartland are loyal.

“We’ve heard in polls that the ‘green wave’ is coming,” Lenk mayor Rene Mueller said. “I think the people of Lenk, in general those in the mountains, won’t be so influenced by this.”

Polls close at midday (1000 GMT), with initial projections, including from the many postal votes, due soon thereafter.