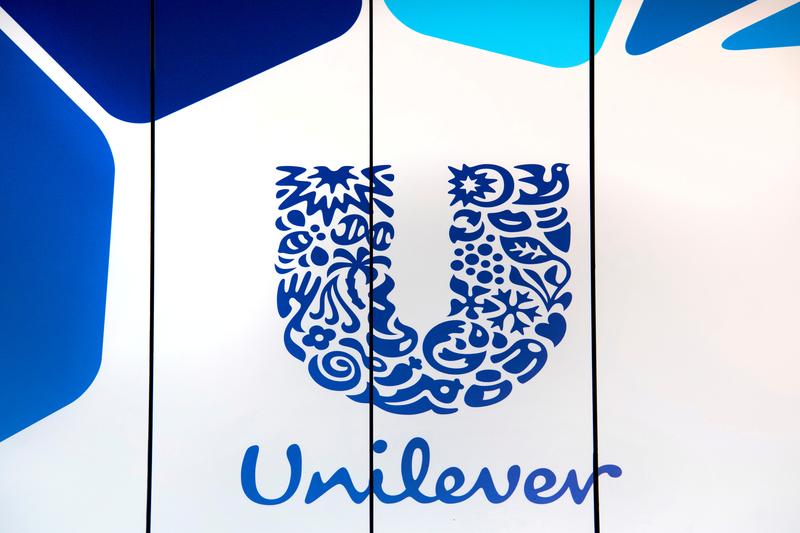 FILE PHOTO: The logo of Unilever is seen at the headquarters in Rotterdam, Netherlands August 21, 2018. REUTERS/Piroschka van de Wouw/File Photo

Since taking the reins in January, Jope has promised accelerated growth through investment in the likes of Vietnam and Bangladesh, where growing populations and an emerging middle class are driving demand for household products.

“There have definitely been signs of slowing markets in India and China … In India, we are going from very high rates of market growth to growth rates in the mid-single digits of growth,” Unilever finance chief Graeme Pitkethly told Reuters.

In China, sales growth within bricks-and-mortar retailers slowed to 1% from 2% a year earlier, he added.

In Argentina, another of its big emerging markets, hyperinflation has kept shoppers away from stores and led to a 4% drop in volumes.

These factors contributed to a sharp slowdown in emerging market sales, which were up 5.1% in the third quarter but a far cry from the 7.4% growth in the previous quarter. Emerging markets contribute 60% to the company’s overall sales.

Overall, underlying sales growth rose to 2.9% in the quarter, missing an average forecast of 3%, according to a company supplied analyst consensus. That lagged rival Nestle (NESN.S), which reported 3.7% sales growth for the period.

Nestle also reported flat growth in China and said it has been unable to raise prices in competitive markets globally.

Still, Unilever reported a 5.8% rise in turnover to 13.3 billion euros, ahead of analyst estimates, helped by acquisitions and a weaker pound.

It also stuck to its full-year target for underlying sales growth in the lower half of a 3% to 5% range and a 20% operating margin in 2020.

Shares in the Anglo-Dutch company were up 1.7% at 46.89 pounds in morning trade and were the third-biggest gainer on the blue-chip FTSE 100 index .FTSE. The stock is up 11.2% this year.

Reporting by Siddharth Cavale in London; Editing by David Goodman