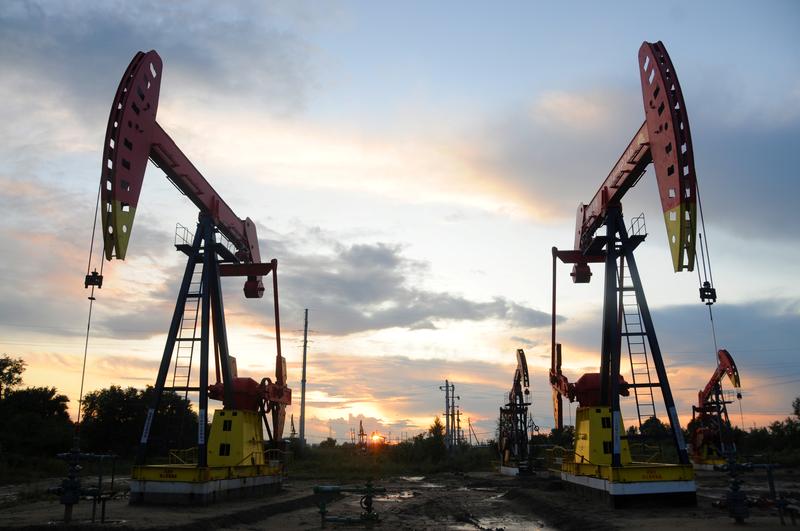 SINGAPORE (Reuters) – Oil prices eased on Thursday after industry data showed a larger-than-expected build-up in stocks in the United States, although losses were limited by comments by U.S. Treasury Secretary Steven Mnuchin on a U.S.-China trade deal.

U.S. crude inventories soared by 10.5 million barrels to 432.5 million barrels in the week to Oct. 11, according to the American Petroleum Institute’s weekly report, published ahead of official government stocks data due on Thursday. <API/S>

“An enormous U.S. inventory build hits at precisely the wrong moment when the markets are overly focused on demand devastation due to the latest run of weaker global economic data,” Stephen Innes, Asia Pacific market strategist at AxiTrader, said in a note on Thursday.

If confirmed by the government data, the build-up would be the biggest U.S. inventory swell since February, 2017, Innes said.

It comes amid concerns about the global economy – and therefore oil demand – as data from the United States showed retail sales fell for the first time in seven months in September. That followed earlier data showing a moderation in job growth and services sector activity.

Still, hopes of a potential U.S.-China trade deal helped offset oil prices losses after Mnuchin said U.S. and Chinese trade negotiators are working on nailing down a Phase 1 trade deal text for their presidents to sign next month.

“Overall, we are seeing a more constructive picture both in terms of the demand side of the equation with the partial agreement from the U.S. (and) also from a technical point of view. (Prices) are at close to the bottom end of trading range rather than the top,” said Michael McCarthy, chief market strategist at brokerage CMC Markets in Sydney.

But short-term pressure on oil prices will likely remain until U.S. government data on oil inventory is out later on Thursday, he added.