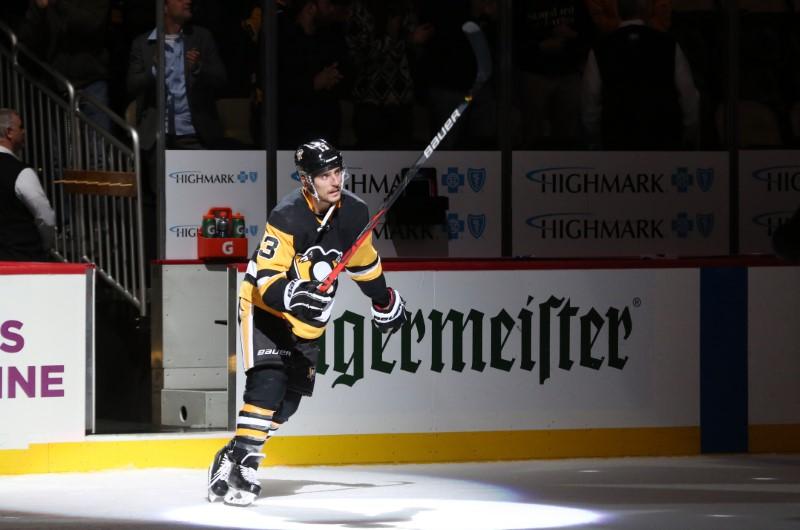 Brandon Tanev scored a short-handed goal with 1:03 left in overtime Wednesday to give the host Pittsburgh Penguins a 3-2 win and hand the Colorado Avalanche their first loss of the season.

Tanev’s shot from the bottom of the left circle was inadvertently knocked across the goal line by Colorado’s Gabriel Landeskog near the far post.

Sidney Crosby had a goal and an assist, Jake Guentzel scored and Matt Murray made 26 saves for Pittsburgh, which won its fourth straight.

Matt Calvert and Nathan MacKinnon scored for the Avalanche, who entered the game 5-0-0, the last remaining NHL team without a loss. Philipp Grubauer made 30 saves for Colorado.

John Carlson finished with one goal and two assists and host Washington used a three-goal burst over 78 seconds in the second period to top Toronto and pick up its first home win in four tries this season.

Carlson now has three goals and 11 assists to rank among the NHL scoring leaders. The defenseman assisted on Washington’s first two goals and scored the fourth one, while Nicklas Backstrom added a goal and an assist, and Jakub Vrana and Evgeny Kuznetsov also scored for the Capitals.

Toronto got first-period goals from Kasperi Kapanen and Ilya Mikheyev, seemingly taking charge with a 2-0 lead. But rookie Ilya Samsonov, starting in goal for Washington, recovered to make 29 saves. Michael Hutchinson made 28 saves for Toronto.

The Stars fell to 1-6-1 and continue to struggle on offense. Miro Heiskanen scored near the end of the first period, and Joe Pavelski finally got his first goal with Dallas, which has totaled just 15 goals and is a paltry 1-for-24 on the power play.