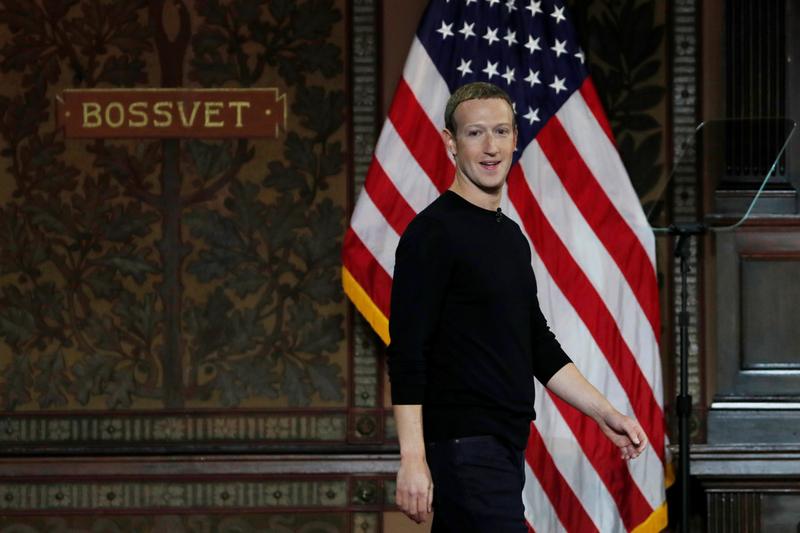 “I wanted our services in China because I believe in connecting the whole world, and I thought maybe we could help creating a more open society,” Zuckerberg said, addressing students at Georgetown University.

“I worked hard on this for a long time, but we could never come to agreement on what it would take for us to operate there,” he said. “They never let us in.”

He did not address what conditions or assurances he would need to enter the Chinese market.

Facebook tried for years to break into China, one of the last great obstacles to Zuckerberg’s vision of connecting the world’s entire population on the company’s apps.

Zuckerberg met with Chinese President Xi Jinping in Beijing and welcomed the country’s top internet regulator to Facebook’s campus. He also learned Mandarin and posted a photo of himself running through Tiananmen Square, which drew a sharp reaction from critics of the country’s restrictive policies.

The company briefly won a license to open an “innovation hub” in Hangzhou last year, but it was later revoked.

Facebook Chairman and CEO Mark Zuckerberg arrives to address the audience on “the challenges of protecting free speech while combating hate speech online, fighting misinformation, and political data privacy and security,” at a forum hosted by Georgetown University’s Institute of Politics and Public Service (GU Politics) and the McCourt School of Public Policy in Washington, U.S., October 17, 2019. REUTERS/Carlos Jasso

Zuckerberg effectively closed that door in March, when he announced his plan to pivot Facebook toward more private forms of communication and pledged not to build data centers in countries “that have a track record of violating human rights like privacy or freedom of expression.”

He repeated his concern about data centers on Thursday, this time specifically naming China.

Zuckerberg also defended the company’s political advertising policies on similar grounds, saying Facebook had at one time considered banning all political ads but decided against it, erring on the side of greater expression.

Facebook has been under fire over its advertising policies, particularly from U.S. Senator Elizabeth Warren, a leading contender for the Democratic presidential nomination.

The company exempts politicians’ ads from fact-checking standards applied to other content on the social network. Zuckerberg said political advertising does not contribute much to the company’s revenues, but that he believed it would be inappropriate for a tech company to censor public figures.

Reuters reported in October 2018, citing sources, that Facebook executives briefly debated banning all political ads, which produce less than 5% of the company’s revenue.

The company rejected that because product managers were loath to leave advertising dollars on the table and policy staffers argued that blocking political ads would favor incumbents and wealthy campaigners who can better afford television and print ads, the sources said.

Facebook has been under scrutiny in recent years for its lax approach to fake news reports and disinformation campaigns, which many believe affected the outcome of the 2016 U.S. presidential election, won by Donald Trump.

Trump has disputed claims that Russia has attempted to interfere in U.S. elections. Russian President Vladimir Putin has denied it.