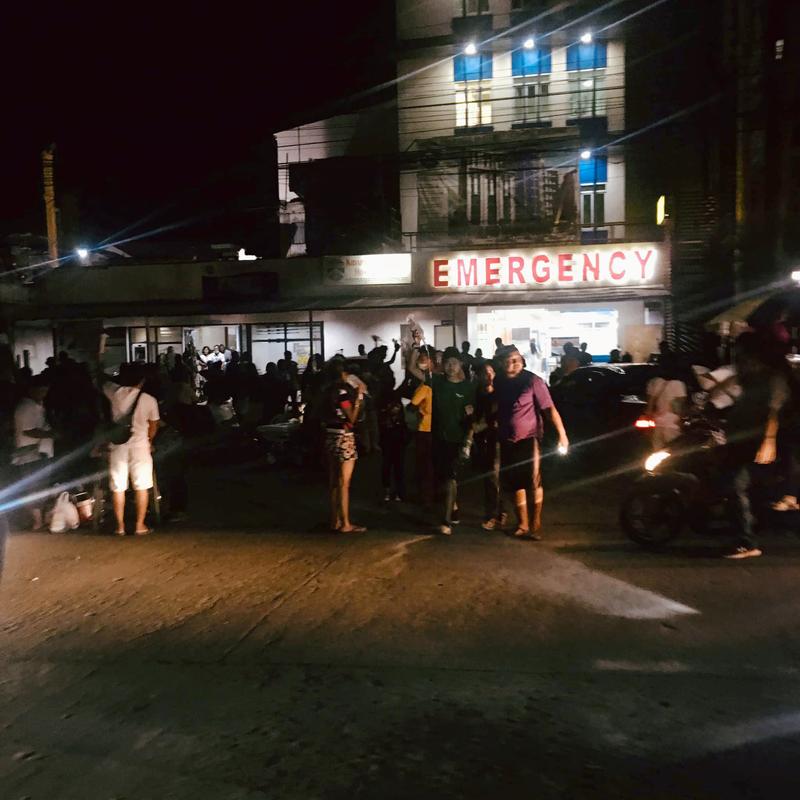 MANILA (Reuters) – At least three people were killed and dozens injured when a magnitude 6.4 earthquake struck the southern Philippines late on Wednesday, authorities said on Thursday.

The earthquake knocked out power and communications and opened cracks in buildings in central Mindanao.

A seven-year-old girl was killed when a wall in her house collapsed, said Reuel Limbungan, mayor of Tulunan town in North Cotabato province.

The earthquake also shook Davao City, the home town of President Rodrigo Duterte and among the most populous cities in the country.

The quake struck 69 km (43 miles) north-northwest of the city of General Santos, Mindanao at 7:37 p.m. (1137 GMT), the United States Geological Survey said. The epicentre was about 80 km southwest of central Davao.

“We felt a very strong jolt and there was a blackout. I saw people rushing down. We were panicking, heading to the exit,” said Naru Guarda Cabaddu, a hotel consultant visiting Kidapawan City between the epicentre of the quake and Davao.

The Philippines is on the geologically active Pacific Ring of Fire and experiences frequent earthquakes.

“I was driving back home when I felt a very powerful shake. I stopped and saw people and patients running out of the hospital,” Raprap Rafael, a resident of Kidapawan City, told Reuters.

A community at the foot of a mountain had to evacuate because of more than 200 aftershocks, Psalmer Bernalte, a Kidapawan city disaster official, told CNN Philippines channel.