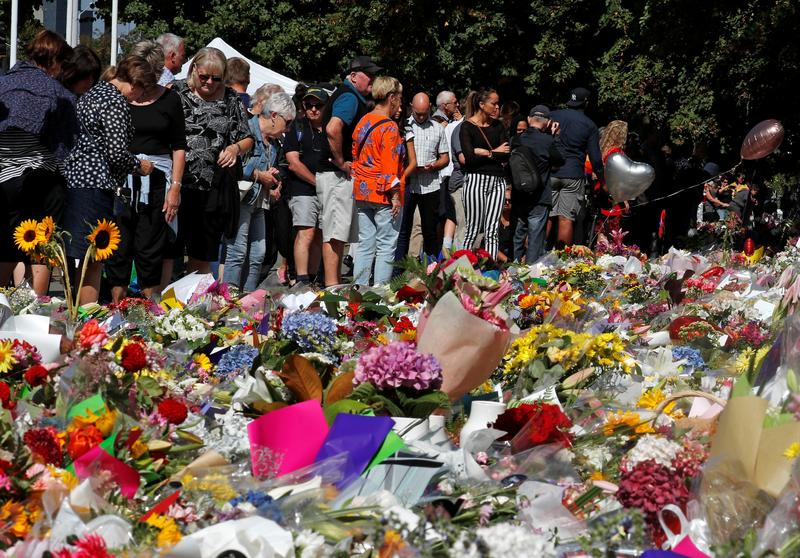 WELLINGTON (Reuters) – New Zealand Prime Minister Jacinda Ardern handed bravery awards to two police officers in a private ceremony on Wednesday for risking their lives to capture and arrest a man accused of killing 51 people at Christchurch mosques in March.

After the mass shooting of Muslim worshippers in two mosques, the suspect was heading to a third mosque when the officers managed to ram his car off the road and took him into custody.

“All officers wonder how they would respond when faced with a split-second decision to risk their lives,” Chris Cahill, the president of the New Zealand Police Association, said in a statement.

“These two officers have answered that question by responding with outstanding bravery, which protected many others from further harm.”

Australian national Brenton Tarrant, a suspected white supremacist, has pleaded not guilty to 92 charges stemming from the massacre.

The action by the officers, whose identity a court has ordered not to be revealed pending the trial, helped save lives, as the gunman was planning more attacks in the city.

The award recipients said they were part of a huge operation that led to the arrest.

“In doing our job, we represented all police staff around the country who put themselves in harm’s way every day,” they said in a statement issued by police.