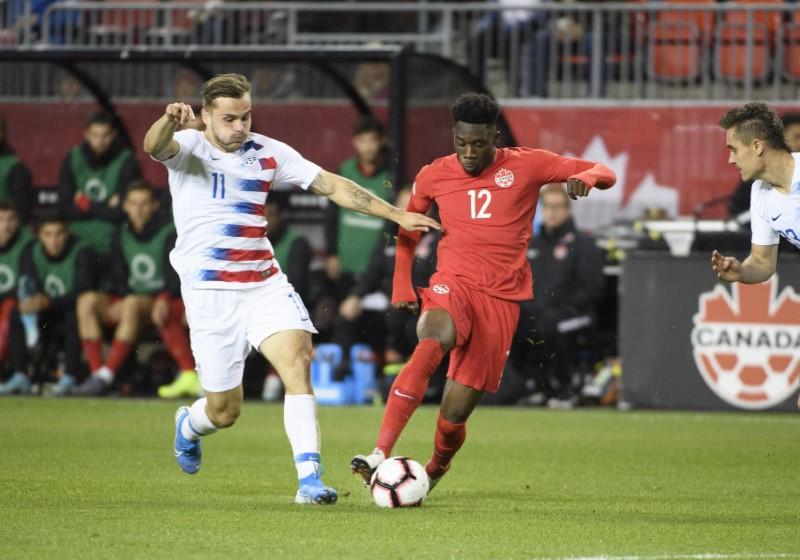 Alphonso Davies scored in the 63rd minute, and Lucas Cavallini added the clincher in the first minute of second-half stoppage time to give Canada a 2-0 win over the United States men’s national soccer team in a CONCACAF Nations League match on Tuesday in Toronto.

The Canadians beat their neighbors to the south for the first time since posting a 2-0 victory in a friendly on April 2, 1985. Canada’s most recent victory in a competitive match against the United States had come in 1980. The Americans had a 17-game unbeaten streak (9-0-8) vs. their rival end.

The match was part of CONCACAF Nations League A, which features the top 12 teams from the region placed in four three-team groups.

The four group winners advance to the knockout round semifinals in June 2020.

An uninspired U.S. finally paid for its mistakes to give Canada just its second goal against the Americans in the past 12 meetings.

Michael Bradley, who plays in the stadium for Toronto FC of Major League Soccer, lost the ball in the midfield. The attack would have been stopped at the top of the penalty area, but defender Tim Ream’s giveaway allowed Scott Arfield to get a cross from the right flank to the far post to Davies.

Cavallini later broke through the Americans’ lax defense for an easy goal to make it 2-0.

Early in the second half, the United States had a chance for its first goal, but Christian Pulisic’s unchallenged shot was saved by Milan Borjan.

Pulisic, the rising star who has spent most of the season on the bench for Chelsea of the English Premier League, was replaced by Paul Arriola in the 60th minute.

Borjan and U.S. goalie Zack Steffen each made three saves.