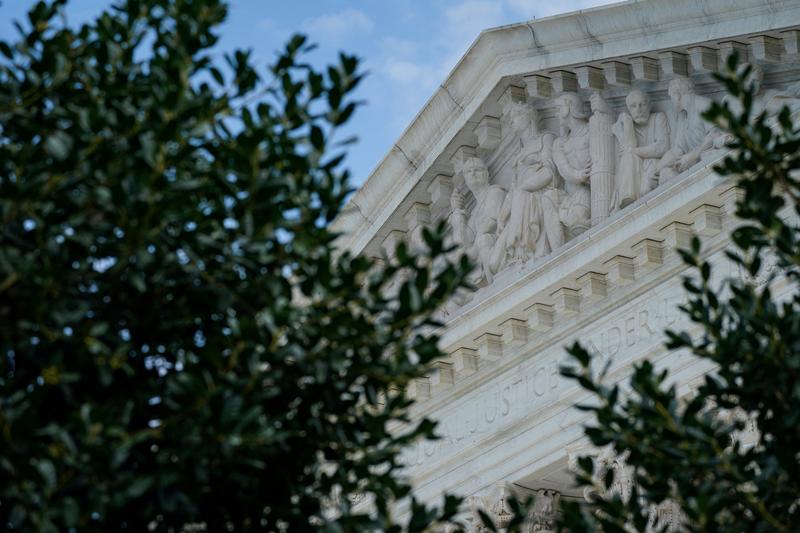 WASHINGTON (Reuters) – U.S. Supreme Court justices on Tuesday signaled reluctance to overturn appointments to Puerto Rico’s federally created financial oversight board in a dispute that could disrupt the panel’s restructuring of about $120 billion of the bankrupt U.S. territory’s debt.

FILE PHOTO: The exterior of the U.S. Supreme Court in Washington, U.S., as seen on September 16, 2019. REUTERS/Sarah Silbiger/File Photo

The nine justices are considering an appeal by the board after a lower court ruled that the 2016 appointments of its seven members violated the U.S. Constitution’s so-called appointments clause because they were not confirmed by the Senate.

Bondholders face losses as a result of debt restructuring while the labor group has said the board’s proposed restructuring of the utility’s debt would lead to its members having worse working conditions.

The U.S. Congress created the board in 2016 to address Puerto Rico’s fiscal crisis.

Several of the nine justices appeared concerned about the potential broad ramifications of a victory for the challengers in part because of the effect it could have on other appointees in U.S. territories and the District of Columbia. Justice Brett Kavanaugh described it as a “serious concern.”

The Boston-based 1st U.S. Circuit Court of Appeals said in its February ruling that board members are federal officers who exercise the power of the U.S. government and therefore must be confirmed by the Senate. The board and its allies have argued that Congress can create positions in federal territories that require Senate approval or can chose not to if the officials predominantly work on local issues.

They have argued that a ruling invalidating the appointments would raise questions about the lawfulness of Congress allowing people to vote for elected officials in territories such as Puerto Rico as well as the District of Columbia.

Deputy Solicitor General Jeffrey Wall, arguing for President Donald Trump’s administration in support of the board, said that a ruling for the challengers would “condemn in its entirety” efforts by Congress to give territories and the District of Columbia local control.

The challengers have said that is not the case but their lawyer, Theodore Olson, faced skeptical questions on that point from the justices.

Olson faced a stinging question from Justice Samuel Alito, who wondered if it was “excessively cynical” to ask if the creditors had a financial interest in the outcome of the case.

“I mean, you don’t have to answer this if you don’t want to, but there’s no money issue involved here?” Alito asked sarcastically.

The ruling ultimately is likely to hinge on whether the justices think that the board primarily has control over local issues or is exercising federal power. Several seemed to indicate that they saw the board as being more an instrument of the territorial government, which would favor those defending the current appointments.

“Its focus is on Puerto Rico,” Chief Justice John Roberts said of the board.

The justice who appeared most sympathetic to the challengers was Sonia Sotomayor, whose parents were from Puerto Rico. She sharply question the board’s lawyer, Donald Verrilli, over the lack of control Puerto Rico has over the panel, which was designed to be independent from the Caribbean island territory’s government.

“It seems to me that your very argument that it’s independent is suggesting it can’t belong to the territory and that there’s a serious problem that the federal government is creating an entity that no one can control,” Sotomayor said.

A ruling is due by the end of June.

The White House on June 18 officially sent nominations for the board’s current members to the Senate, which has yet to act. Although the members’ terms ended in August, they continue to serve until they are replaced.

While the appeals court declined to void actions taken by the board, the decision created uncertainty as the panel continues its efforts to restructure Puerto Rico’s debt and pension obligations.

In September, a proposal to restructure Puerto Rico’s core government debt, consisting of $35 billion of bonds and claims and more than $50 billion of pension liabilities, was filed in U.S. federal court by the board.

So far, the New York-based federal judge hearing Puerto Rico’s bankruptcy cases has approved restructurings of billions of dollars of debt from the island’s Government Development Bank and Sales Tax Financing Corporation, known as COFINA, while the Electric Power Authority reached a deal with creditors that could lead to its bankruptcy exit.

Reporting by Lawrence Hurley; Additional reporting by Karen Pierog in Chicago; Editing by Will Dunham