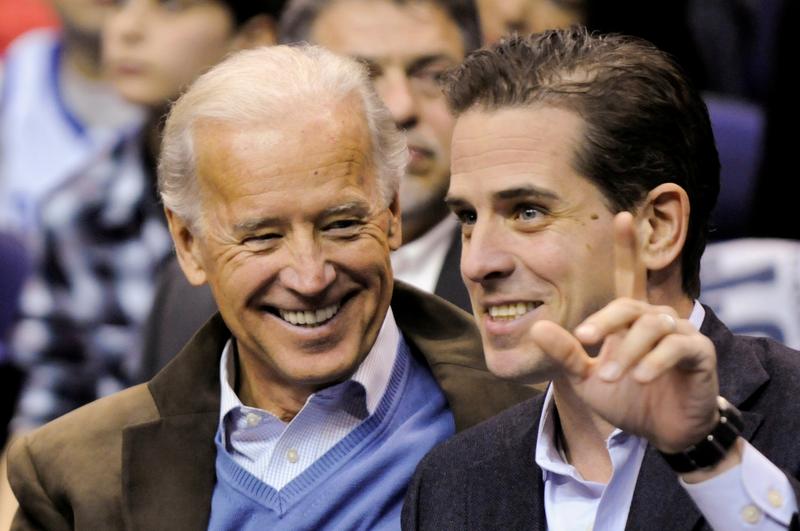 WASHINGTON (Reuters) – Hunter Biden, son of former vice president and leading Democratic contender in the 2020 race for the White House Joe Biden, defended his overseas work in his first television interview after months of political attacks, but expressed regret over how it has been used to bludgeon his father.

Hunter Biden, 49, is at the center of perhaps the largest scandal confronting U.S. President Donald Trump.

Trump faces an impeachment inquiry stemming from a call he made to Ukrainian President Volodymyr Zelenskiy to urge the latter to investigate the Biden family over Hunter Biden’s involvement with the Burisma Group, a Ukrainian energy company.

Trump’s accusations against Hunter Biden, made without any evidence, and his efforts to get officials in Ukraine to investigate, led Democrats in the U.S. House last month to begin the impeachment inquiry.

Democrats assert Trump risked U.S. national security when he withheld aid to Ukraine while urging the probe into the Bidens for his own political gain.

Trump has accused Hunter Biden, without evidence, of using his father’s influence to help secure Chinese backing here for his investments, and has publicly called on Beijing to investigate Hunter Biden’s role in the company.

Hunter Biden said he “did nothing wrong at all” in an interview with ABC News that aired on Tuesday, but conceded he may have provided an opening to attacks on his father.

“In retrospect, look, I think that it was poor judgment on my part … I gave a hook to some very unethical people to act in illegal ways to try to do some harm to my father. That’s where I made the mistake,” Hunter Biden told ABC News.

“So I take full responsibility for that. Did I do anything improper? No, not in any way,” he said.

Days earlier, Hunter Biden said through a lawyer he was stepping down from the board of the Chinese company that has been the subject of criticism from Trump and his allies. He also said he would not work for a foreign-owned company if his father was elected president in 2020.

Joe Biden currently leads most public opinion polls in the Democratic nominating contests and most polls in a hypothetical match-up between him and Trump in the November 2020 election.