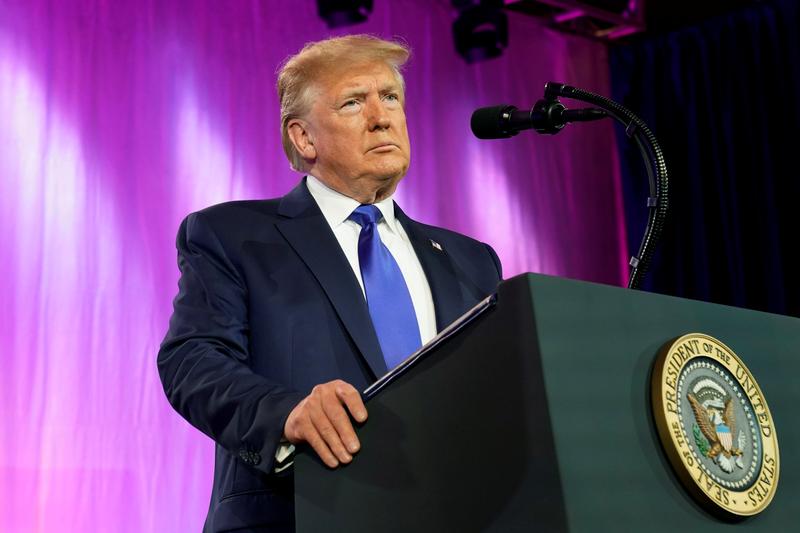 Fiona Hill, former senior director for European and Russian Affairs on Trump’s National Security Council, was called to appear behind closed doors before the U.S. House of Representatives Intelligence Committee.

The Trump administration’s removal in May of Marie Yovanovitch as U.S. ambassador to Ukraine could figure in Hill’s testimony.

On Friday, Yovanovitch testified that she had been removed based on “unfounded and false claims” after coming under attack by Trump’s personal lawyer, Rudy Giuliani, who had been working to get Ukraine to investigate Trump’s political rival, Joe Biden.

The inquiry focuses on a July 25 phone call in which Trump asked Ukrainian President Volodymyr Zelenskiy to investigate former vice president Biden, a top contender for the Democratic nomination to face him in the 2020 presidential election, and Biden’s businessman son Hunter Biden.

Democrats have accused Trump of pressuring a vulnerable U.S. ally to dig up dirt on a domestic rival after withholding $391 million in U.S. security aid intended to help combat Russian-backed separatists in the eastern part of Ukraine.

Hill, who left her post during the summer, had advocated a tough U.S. approach on Moscow even as Trump was more accommodating toward Russian President Vladimir Putin.

Lawmakers this week are returning from a two-week recess, with testimony from current and former administration officials on the schedule. The headline event could be testimony on Thursday from Gordon Sondland, the U.S. ambassador to the European Union.

Sondland, a political appointee and Trump political donor rather than a career diplomat, participated in a text message exchange with Bill Taylor, the top U.S. diplomat in Ukraine. Democrats say it reveals concern among aides that Trump’s pressure on Ukraine to investigate Biden was improper.

Trump has denied wrongdoing. The inquiry could prompt the House to approve articles of impeachment – formal charges – leading to a trial in the Senate on whether to remove Trump from office. The Senate is led by Trump’s fellow Republicans, who have shown little inclination to remove him.

As talks continue over whether the whistleblower from within the U.S. intelligence community who prompted the inquiry will testify, Trump weighed in on Twitter, demanding that the person testify and that their identity be revealed.

Trump has questioned the patriotism of the whistleblower, who filed a complaint after the Zelenskiy call saying Trump was improperly using the power of his office to solicit interference in the 2020 election from a foreign country.

Giuliani has defended his actions as proper in his role as Trump’s lawyer.

A source familiar with the probe said federal investigators, including Manhattan prosecutors, are “examining Giuliani’s interactions” with Parnas and Furman.

Giuliani disputed that, saying he would have expected to have heard from prosecutors.

“I think the probe is a malicious rumor,” Giuliani told Reuters.

Giuliani already has a subpoena from the Intelligence Committee demanding that he produce documents related to Ukraine by Tuesday. He has not said whether he will comply.

Reporting by Karen Freifeld and Mark Hosenball; Writing by Ginger Gibson and Will Dunham; Editing by Chizu Nomiyama and Grant McCool