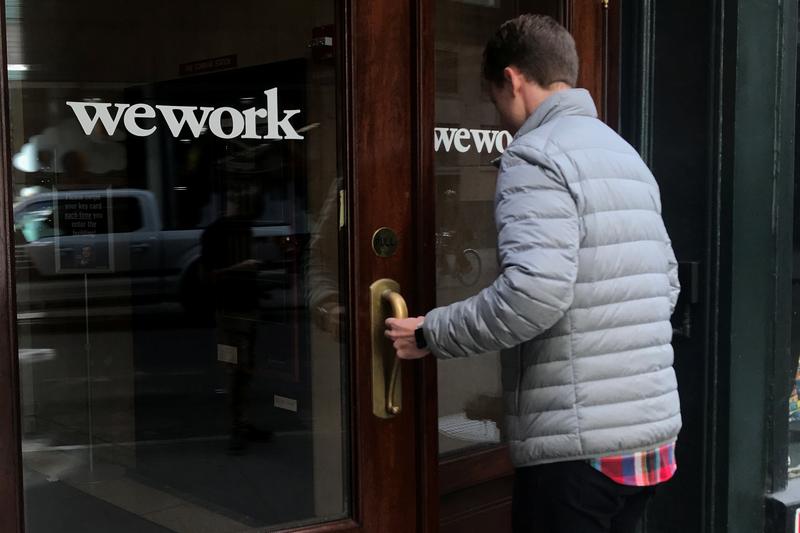 (Reuters) – SoftBank Group Corp. (9984.T) has prepared a financing package for WeWork Companies Inc that would give it control over the shared office space company, a person familiar with the matter said.

The package would significantly increase the stake of SoftBank, which already owns around one third of WeWork, and further dilute the influence of co-founder Adam Neumann, said the person, who declined to be identified because of the sensitivity of the matter.

Reuters had reported that SoftBank was in negotiations to make a $1 billion investment to enable WeWork to go through a major restructuring.

Without a fresh infusion of cash, WeWork risks running out of money as early as the end of the December, the person said.

WeWork is working with JPMorgan Chase & Co (JPM.N) to negotiate a $3 billion debt deal after a planned initial public offering was tabled last month because of investor concerns about how it was valued and its business model, Reuters reported last week.

“WeWork has retained a major Wall Street financial institution to arrange a financing,” a WeWork spokeswoman said. “Approximately 60 financing sources have signed confidentiality agreements and are meeting with the company’s management and its bankers over the course of this past week and this coming week.”

WeWork lost $1.9 billion in 2018 and burned through $2.36 billion in cash in the first half of this year, according to filings.

The pair have talked about the need to return to WeWork’s core business of renting out trendy office space to freelancers and enterprises. That would pull the company back from the fringe activities Neumann had forayed into, such as a school, apartment buildings and various businesses.