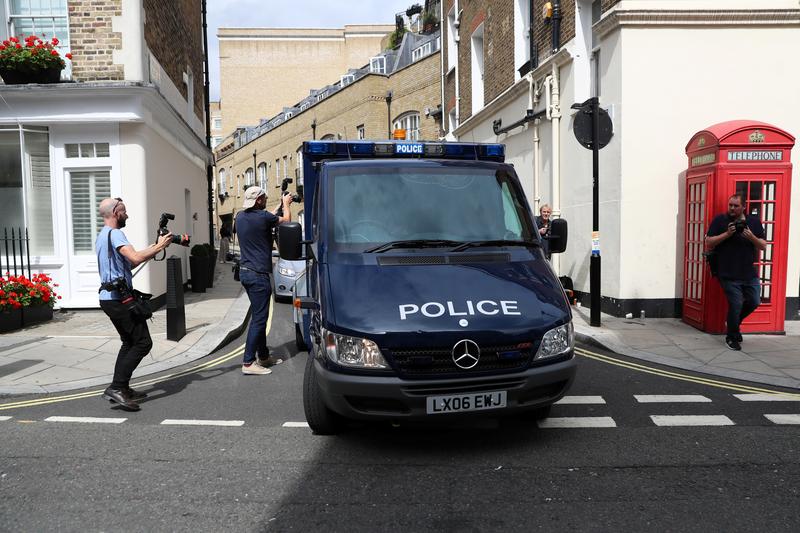 LONDON (Reuters) – A man who drove his car at members of the public and police officers outside Britain’s parliament last year in what authorities treated as a terrorist attack was sentenced to life in prison on Monday.

Salih Khater, 30, accelerated a silver Ford Fiesta into 14 cyclists at a crossing, before veering across the road into a security lane and driving at two police officers.

The police officers jumped out of the way of the car, which was which was travelling at more than 30 mph (50 kph) before crashing into barriers outside parliament.

Khater had argued that the incident was an accident, but a judge at the Old Bailey found that the offence had a “terrorist connection” and gave him a life sentence with a minimum of 15 years.

“I am pleased at today’s sentence and that an extremely dangerous individual will be behind bars for a considerable time,” Richard Smith, head of the Metropolitan Police’s Counter Terrorism Command, said.

“This was a man who used his car as a weapon to attempt to kill as many people as possible, spreading fear and terror. It was our view that this attack was carried out with a terrorist purpose and the sentence confirms this.”

Police said that Khater had acted alone, travelling to the capital from Birmingham, central England, in the early hours of the morning of the attack. After scoping out the area, he drove four times around the square outside parliament before veering onto the wrong side of the road.

Khater first hit a jogger before ploughing into the cyclists. Six received injuries, including a broken collar bone and bruising.

He then accelerated towards the policemen and was swiftly arrested by armed officers after he crashed.

The incident last August appeared to be the second terrorist attack at parliament in under 18 months.

In March 2017, Khalid Masood, 52, killed four people on nearby Westminster Bridge and stabbed an unarmed police officer to death in the grounds of parliament before being shot dead.