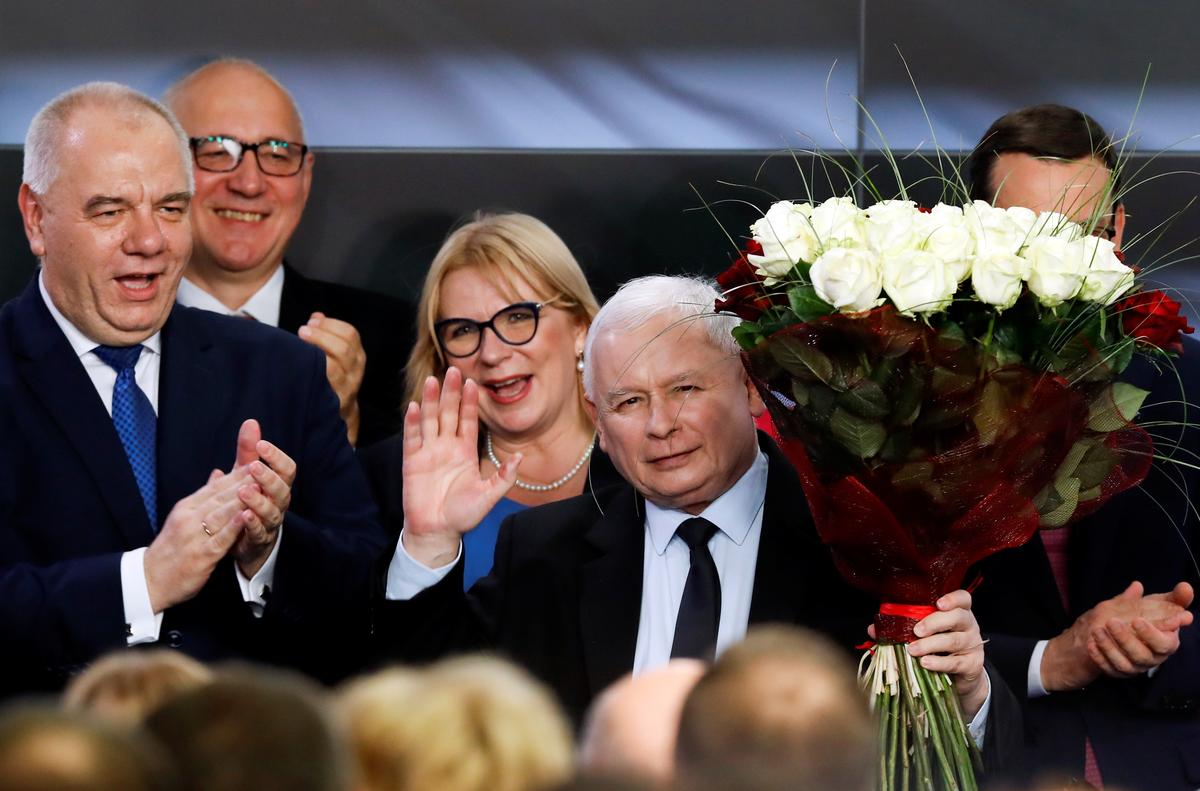 WARSAW, Poland (Reuters) – Poland’s nationalist Law and Justice (PiS) party was on course to retain its ruling majority after a parliamentary election on Sunday, winning 43.6% of votes, an exit poll showed.

The poll by Ipsos gave 27.4% of the vote to the centrist Civic Coalition, an umbrella group that includes the Civic Platform formerly led by European Union Council President Donald Tusk. A leftist bloc garnered 11.9% of votes in the poll.

A win by PiS, a euroskeptic group with a leftist economic agenda, would likely stoke concern in the European Union about Poland’s commitment to the rule of law and its willingness to protect ethnic minorities and the gay community.

Opposition parties and Poland’s EU partners say PiS has undermined the independence of the judiciary and used public media to promote its agenda.

The party has cast the election as a choice between a society rooted in traditional Catholic values and a liberal order that promotes a chosen few and undermines family life.

PiS has drawn support from poorer Poles who feel they have missed out on prosperity since the collapse of communism in 1989. The party has mixed nationalist rhetoric with a vast welfare program financed by an economic boom.

The Electoral Committee will start publishing partial results on Monday.