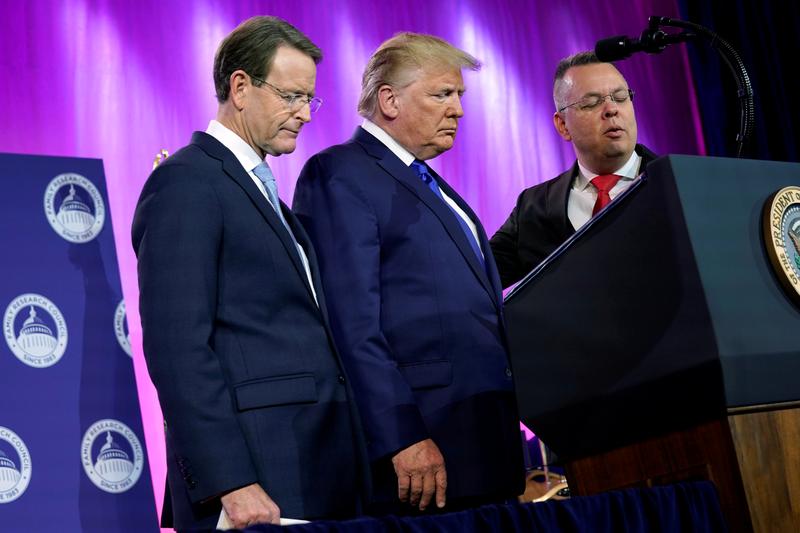 (Reuters) – U.S. President Donald Trump on Saturday defended his decision to withdraw troops from northeastern Syria, telling conservative Christian activists that the United States should prioritize protecting its own borders.

“Let them have their borders, but I don’t think our soldiers should be there for the next 50 years guarding a border between Turkey and Syria when we can’t guard our own borders at home,” Trump said in a speech to the Value Voters Summit in Washington, an annual conference of religious conservatives.

Trump was elected in 2016 running on a hard-line immigration policy and has sought to make legal and illegal immigration to the United States more difficult during his more than two years in office, pushing for a wall to be built on the U.S.-Mexico border among other measures.

After a phone call between Trump and Turkish President Tayyip Erdogan last Sunday, Trump made an abrupt policy change and ordered out U.S. forces in northeast Syria who had been fighting with Kurdish YPG militia against Islamic State. Within days Turkey began an offensive against the YPG, which it says is a terrorist group backing Kurdish rebels in Turkey.

Syrian Kurds should fight on their own, Trump said at Saturday’s event.

The Kurdish-led Syrian Democratic Forces (SDF), in which the YPG comprises the main fighting element, holds most of the northern Syrian territory that once made up Islamic State’s “caliphate” and has been keeping thousands of fighters from the jihadist group in jail.

Some evangelical leaders have criticized Trump over his Syria policy, saying he was endangering tens of thousands of Christians in the Muslim-dominated region.

Trump has also had rare criticism from senior figures in his own Republican Party who accuse him of deserting loyal U.S. allies in the Kurds. Trump has said he does not approve of Turkey’s incursion, but hundreds of Kurds rallied outside the White House on Saturday, blaming Trump for exposing Kurds to a Turkish onslaught.

Evangelicals have been among Trump’s most loyal supporters through scandal and controversy in the White House. Criticism from influential Christian leaders has been a rare crack in their overwhelming support for Trump as he fights an impeachment inquiry by the Democratic-led U.S. House of Representatives and pursues his 2020 re-election bid.

(The story corrects to ‘own’ instead of ‘owns’ typographical error, first paragraph)