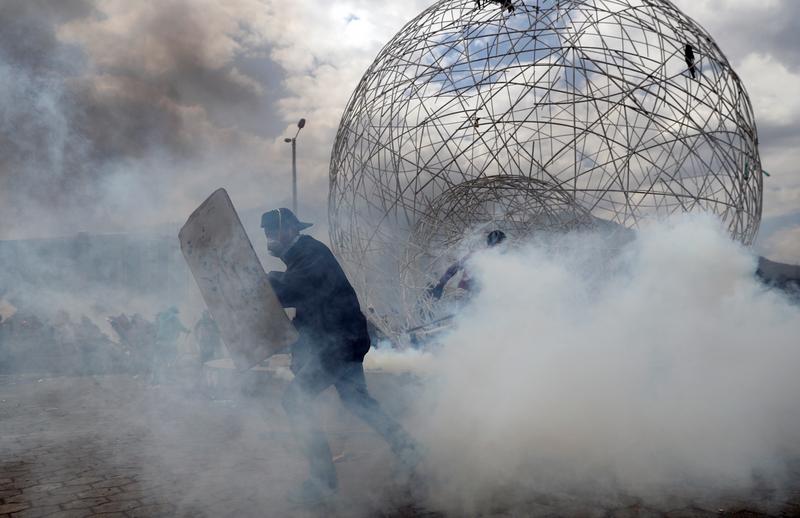 LIMA (Reuters) – Ecuadorean indigenous group Conaie said late on Saturday that it would continue anti-austerity protests after President Lenin Moreno imposed a military-enforced curfew in the capital Quito and the armed forces said they would restrict movement across the country.

The group suggested that its decision earlier in the day to hold direct talks with Moreno about a decree that cut fuel subsidies might be at risk by the military crackdown. Conaie has led protests against the law but has rejected vandalism that swept Quito on Saturday.

“There’s no real dialogue without guarantees for the safety of indigenous leaders,” Conaie said in a statement on Twitter.

“We’ll carry out approaches to try to repeal the decree,” it added, “but we will hold protest actions nationally..exhorting the government to provide necessary guarantees.”

It did not specify when it would hold protests or if it would do so in defiance of the curfew. Moreno did not say when the curfew in Quito would end.