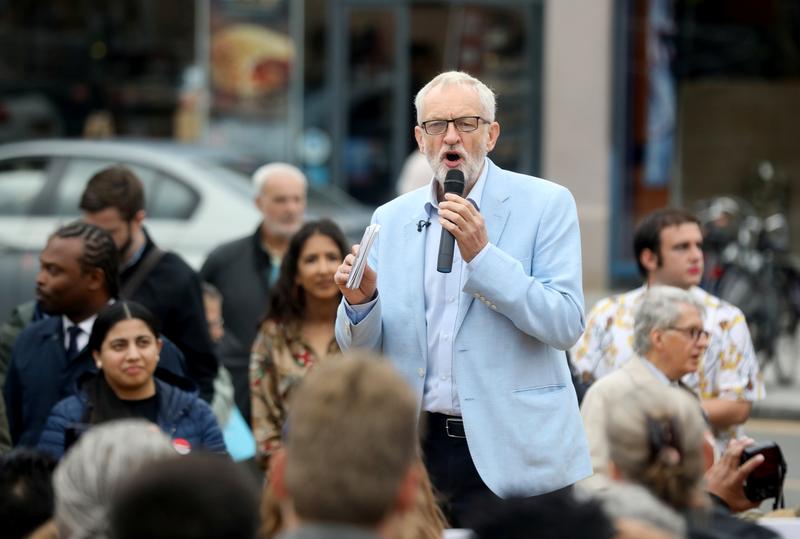 “I think the problem areas are of regulation and deregulation which come from whatever trade arrangement there is with Europe and the wider world but also perhaps very seriously is the Irish border issue”, Corbyn told Sky News in an interview.

“And if it creates a border down the Irish Sea rather than on the Irish border itself, I can see that bringing problems”, Corbyn said, adding that he will caution British lawmakers against backing a confirmatory referendum on a deal.

With the Oct 31 deadline for a new Brexit divorce deal looming, EU diplomats have said Brussels was willing to enter intense talks with British negotiators this weekend to try to strike a deal after Johnson backed down in key areas, including dropping a demand for customs checks on the island of Ireland.

Reporting by Kanishka Singh in Bengaluru; Editing by Shri Navaratnam