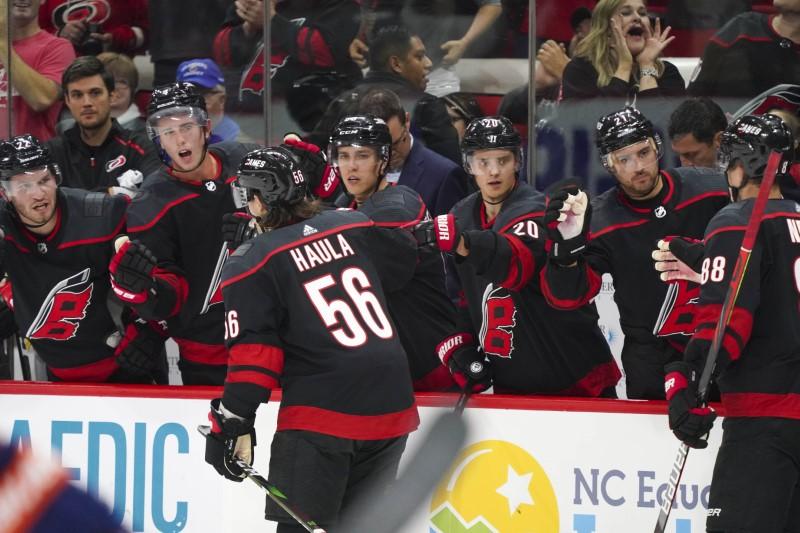 Erik Haula scored his fourth goal of the season to break a second-period tie, and the undefeated Carolina Hurricanes set some team history in a 5-2 victory against the New York Islanders on Friday night in Raleigh, N.C.

The Hurricanes improved to 5-0-0 for the best five-game start in franchise history.

Brock Nelson and Johnny Boychuk scored power-play goals for the Islanders. Jordan Eberle had two assists for New York, and Nelson had one.

Jakob Silfverberg scored short-handed and Cam Fowler also had a goal for Anaheim, which was coming off its first loss of the season, a 2-1 defeat at Pittsburgh on Thursday night.

Miller, 39, was making his first start of the season after backing up John Gibson the first four games. He now has four shutouts and a 1.94 goals-against average in 14 career games against Columbus.

In the shootout for the Panthers, Vincent Trocheck was stopped by Sabres goalie Linus Ullmark, and captain Aleksander Barkov hit the near post.