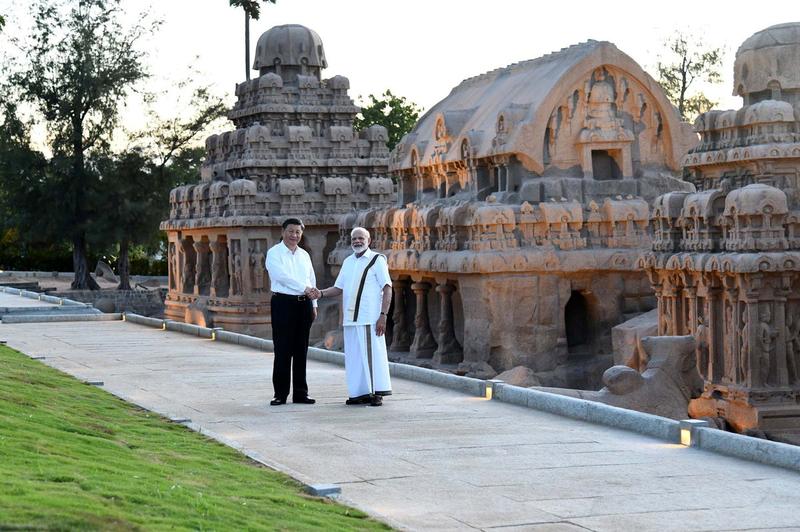 Modi and Xi are meeting in the southern town of Mamallapuram, home to centuries old wind-swept temple monuments but also popular with tourists for surfing in its perfect waves.

But Modi released a video of himself going “plogging” – an activity where joggers combine their run or walk with picking up the trash – on the beach outside his luxury resort early on Saturday.

He collected plastic bottles – on which he has declared war – as well as banana skins and other litter in a big plastic bag, as the waves rolled into the shore in his latest effort to highlight the lack of cleanliness in public places in India.

“Plogging at a beach in Mamallapuram this morning. It lasted for over 30 minutes. Also handed over my ‘collection’ to Jeyaraj, who is a part of the hotel staff,” he tweeted.

“Let us ensure our public places are clean and tidy! Let us also ensure we remain fit and healthy.”

Indian cities have some of the world’s highest levels of atmospheric pollution but they are also among the dirtiest with piles of garbage lying in big centers like Delhi and Mumbai because of rapid urban growth and poor governance.

Modi has called for an end to the consumption of single-use plastics by 2022.

Concerns are growing worldwide about plastic pollution, especially in oceans, where nearly 50% of single-use plastic products end up, killing marine life and entering the human food chain, studies have shown.

Modi gave a personal tour to Xi of the Shore Temple, dating back to the seventh and eight century and other ancient monuments that are part of UNESCO’s world heritage sites and which were emptied of all visitors for the two-day summit.