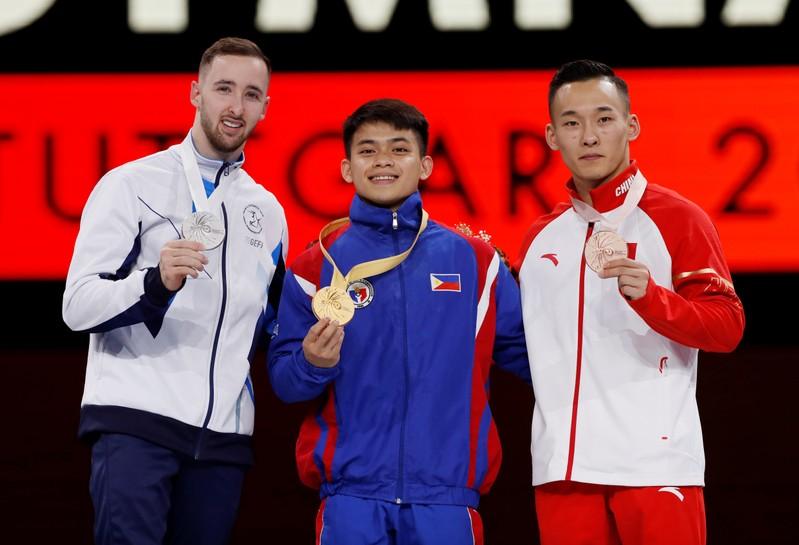 (Reuters) – Carlos Edriel Yulo of the Philippines became the first gymnast from his country to ever win a gold medal at the world championships, edging Israel’s Artem Dolgopyat in the floor exercise final in Stuttgart on Saturday.

Yulo, the youngest competitor in this year’s event at 19, consistently posted controlled landings to post an impressive score of 15.300 points – 0.1 more than second-placed Dolgopyat.

Raising the degree of difficulty from 6.2 to 6.5 paid dividends for Yulo as he outperformed Dolgopyat, who came into the final as the top qualifier.

Tokyo-based Yulo improved on last year’s bronze medal, which made him the first Filipino ever to occupy a podium spot at the championships.

Yulo is enjoying a memorable week in Stuttgart, having punched his ticket for next year’s Tokyo Olympics with an 18th-place finish in the all-around qualifying.

Reporting by Hardik Vyas in Bengaluru; Editing by Ken Ferris