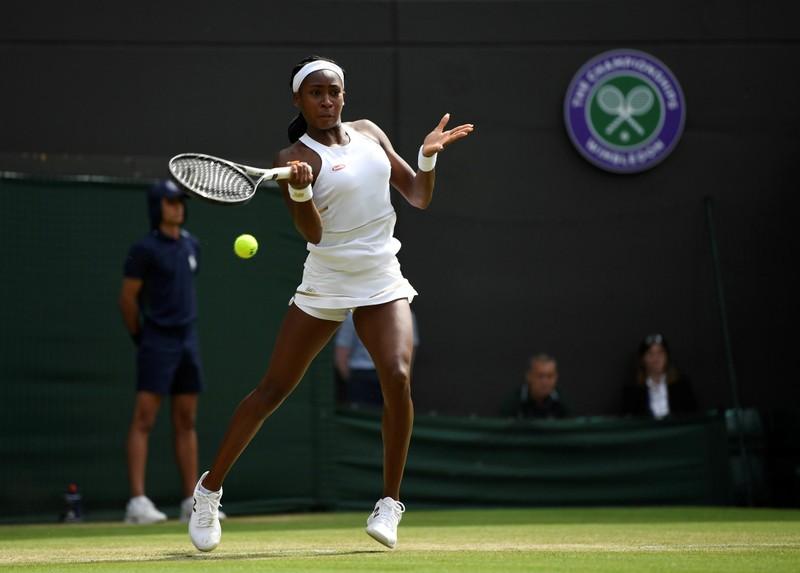 The win over Bertens, of the Netherlands, also was her first-ever over a Top 10 opponent. The young American lost in the qualifying round last weekend and made it into the main draw only as a lucky loser.

Gauff and Bertens each held serve in the first set, but Gauff dominated the tiebreaker, jumping out to a 6-1 lead on points before ending the set on a forehand winner.

In the second set, Gauff broke Bertens’ serve at 1-1, and Bertens was never able to recoup the break point.

Gauff was elated after the victory.

“I guess [Linz is] my little lucky place,” Gauff added. “I didn’t know what to expect coming here, and I’m glad I was able to take the best of the opportunity. I got in as a lucky loser and I’m in the semis, so I hope I can keep this going.”

In the other quarterfinals, Jelena Ostapenko of Latvia defeated Elena Rybakina of Kazakhstan 7-5, 6-1, and Russian Ekaterina Alexandrova topped Kristina Mladenovic of France 6-2, 6-4.

Alexandrova, the No. 8 seed in the tournament, is the only seeded player left in the field.

All three remaining seeds lost in upsets in the quarterfinals in Tianjin, China.

On Saturday, Kudermetova will face Britain’s Heather Watson in the semifinals after Watson ousted eighth-seeded Magda Linette of Poland 7-5, 6-7 (4), 7-6 (6).

In the day’s other quarterfinal, Ons Jabeur of Tunisia needed two tiebreakers to defeat Yulia Putintseva of Kazakhstan 7-6 (5), 7-6 (4). Jabeur will meet Swede Rebecca Peterson in the other semifinal.

Peterson moved into the semis with a three-set victory over China’s Wang Yafan on Thursday.