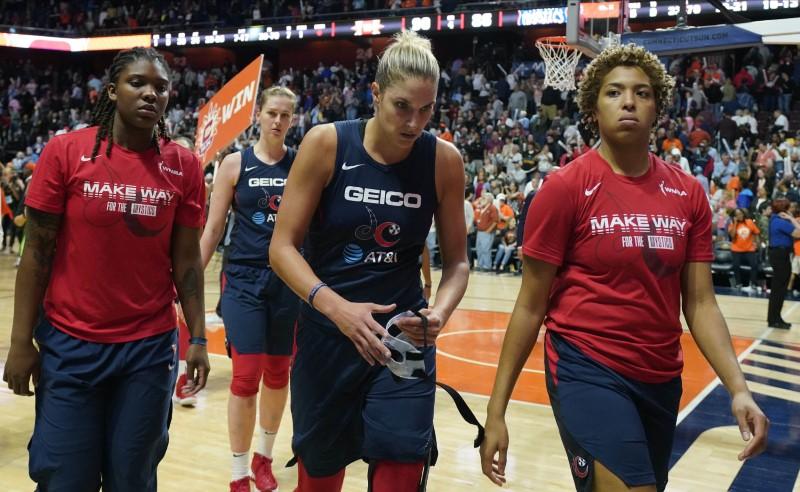 (Reuters) – The Washington Mystics beat Connecticut Sun 89-78 in Game Five on Thursday to win the Women’s National Basketball AssociationFinals series 3-2 and capture their first title. Having come up short in last year’s championship series, the Mystics turned up the heat in the final few minutes to deliver the title in front of their home fans. Belgian Emma Meesseman led the way with 22 points off the bench and was named the series MVP.

Elena Delle Donne, who battled a herniated disc during the series, added 21 and spurred a crucial late run to lift Washington.

The game was tied at 72-72 with less than six minutes left when Delle Donne scored four points during an 8-0 run that gave the Mystics control. “I’m just so proud of this team,” Delle Donne said. “Every single person deserves this.”

Jonquel Jones tallied 25 points and nine rebounds for the Sun, who also got 21 points and 12 boards from Alyssa Thomas.