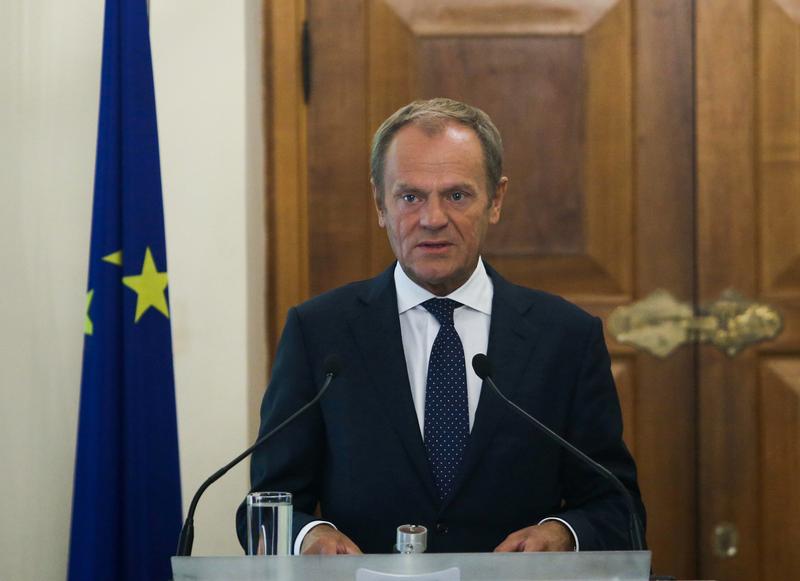 BRUSSELS (Reuters) – The 27 countries staying in the European Union after Britain leaves gave the go-ahead on Friday for their chief negotiator to hold another round of intense and secret negotiations with London in a bid to secure a deal, two senior diplomatic sources said.

Michel Barnier and his British counterpart Stephen Barclay had earlier held what both sides called a “constructive” meeting in Brussels as Britain’s scheduled departure date of Oct. 31 grew closer.

Their meeting followed a burst of optimism after the British and Irish prime ministers said on Thursday they had found “a pathway” to a possible deal.

The United Kingdom is due to leave the world’s biggest trading bloc on Oct. 31 and despite the flurry of activity, it remains uncertain on what terms it will leave, when, and even whether it will do so at all.

“It’s a tunnel with a very small light at the end of it,” one of the diplomats said, indicating there was not too much hope on the EU side that a divorce deal could be sealed before the end of the month.

No details from the meeting between Barnier and Barclay were immediately disclosed.

“Be patient,” Barnier told reporters as he left the meeting and went on to brief the 27 EU states. “Brexit is like climbing a mountain. We need vigilance, determination and patience.”

But Tusk tempered this by saying: “Of course, there is no guarantee of success and the time is practically up. But even the slightest chance must be used.”

DOWN TO THE WIRE

Sterling see-sawed on the various pronouncements, which came at the end of a tumultuous week in which Brexit negotiations have shifted wildly, starting with a public row between London and Brussels.

Both sides are anxious to avoid taking the blame should the deadline for Britain’s departure arrive with no deal secured.

The next key date in the fraught process is a summit of EU leaders next Thursday and Friday.

Varadkar told Irish reporters on Thursday after his meeting with British Prime Minister Boris Johnson: “I think it is possible for us to come to an agreement, to have a treaty agreed, to allow the UK to leave the EU in an orderly fashion and to have that done by the end of October.”

In a joint statement, the two leaders said they could “see a pathway to a possible deal”, though officials on both sides were silent about what compromises – if any – had been made to break the Brexit deadlock over Ireland’s border.

To get a deal done, Johnson must overcome the complexities of the Irish border before getting the approval of Europe’s biggest powers – and then sell any deal to the British parliament, which he suspended unlawfully last month and where he has no majority.

Parliament has passed a law saying that Britain cannot leave the bloc without a deal.

Johnson, the face of the 2016 Brexit referendum campaign, insists the country will leave on Oct. 31 with or without an agreement but he has not explained how that will be possible without defying parliament.

The Brexit issue has deeply polarised the country and many businesses fear they will be hit badly by a disorderly break with the EU in just a few weeks a time.

Education minister Gavin Williamson on Friday restated the government’s line that Britain would leave the EU on Oct. 31, come what may, telling ITV: “We need to see the European Union shift.”

Ireland is crucial if a deal is to be done to avert a potentially disorderly Brexit that would hurt global growth, roil financial markets and could even split the United Kingdom.

Dublin will have to consent to any solution to the hardest Brexit riddle of all: how to prevent the British province of Northern Ireland becoming a backdoor into the EU’s markets without having controls at the border.

The Irish border has been largely invisible since British army checkpoints were taken down after a 1998 peace deal largely ended the violence between members of the region’s pro-British majority and an Irish nationalist minority.