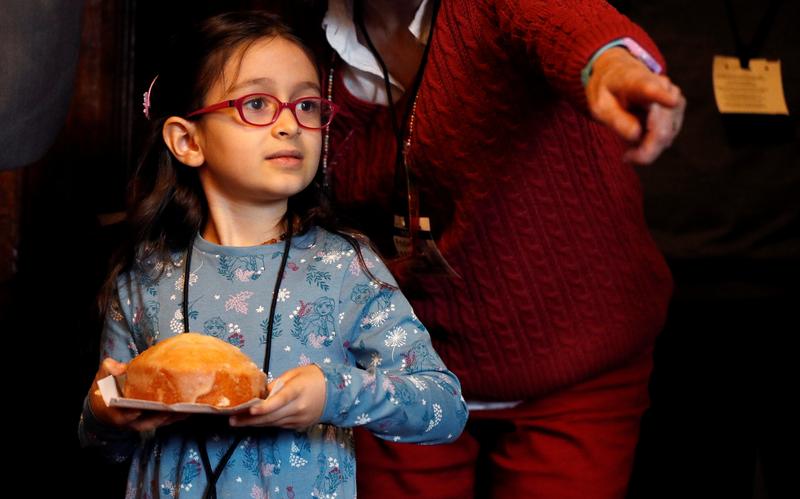 LONDON (Reuters) – The five-year-old daughter of jailed British-Iranian aid worker Nazanin Zaghari-Ratcliffe has arrived back in Britain to attend school after living in Tehran since her mother’s arrest there in 2016.

Gabriella Zaghari-Ratcliffe was reunited with her father Richard, who has led a campaign to try and get Nazanin released from prison.

“It’s a very happy day,” Richard Ratcliffe told a press conference held on Friday at the UK parliament, as Gabriella sat in his lap. “It has been a while in the making. We have obviously been toying with the idea of bringing Gabriella home for a while.”

However, he said it was very tough on his wife.

Nazanin Zaghari-Ratcliffe, 40, a project manager with the Thomson Reuters Foundation, was arrested in April 2016 at a Tehran airport as she headed back to Britain with her daughter after a family visit.

She was sentenced to five years in jail after being convicted of plotting to overthrow Iran’s clerical establishment.

Her family and the Foundation, a charity organisation that operates independently of Thomson Reuters and Reuters News, deny the charge.

Richard set up the “Free Nazanin” campaign group and has lobbied the UK government to secure his wife’s release from prison, but those calls have so far been dismissed by Tehran.

Gabriella has been living with family in Tehran.