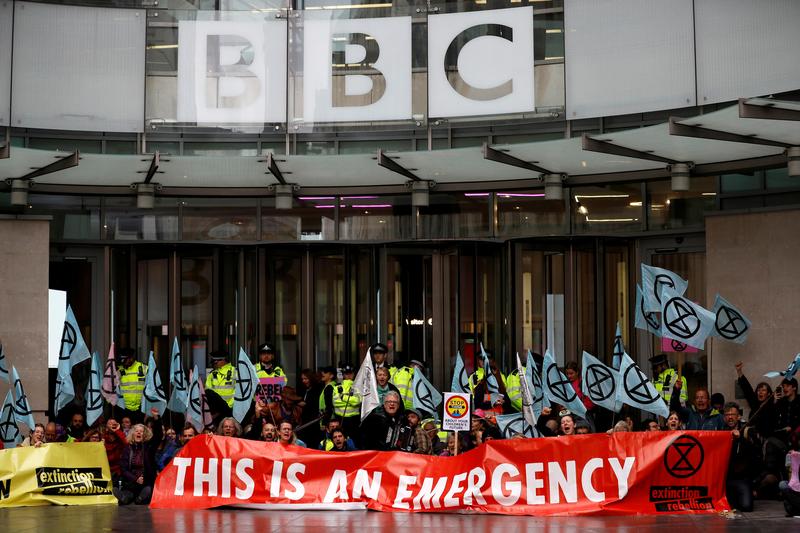 Protesters block the entrance of the BBC Headquarters during an Extinction Rebellion demonstration in London, Britain October 11, 2019. REUTERS/Peter Nicholls

LONDON (Reuters) – Climate-change protesters from the Extinction Rebellion Group have blocked the entrance to the BBC headquarters in London calling on the broadcaster to “tell the full truth” in its coverage of the environment.

Extinction Rebellion is using two weeks of civil disobedience to pressure governments to do more to combat greenhouse gas emissions and on Thursday a protester forced a jet to turn around at London City Airport.

On Friday, holding banners bearing slogans such as “Planet Before Profit”, waving flags, singing and chanting, a few dozen demonstrators gathered outside of the building.

The group called “on the BBC to meet its crucial moral duty to tell the full truth on the climate and ecological emergency.”

A BBC spokeswoman said she could not comment on security matters.

The Extinction Rebellion group has been taking action in several countries including Britain, Germany, Austria, Australia, France and New Zealand since the start of the week.

Police in London have made more than 1,000 arrests.