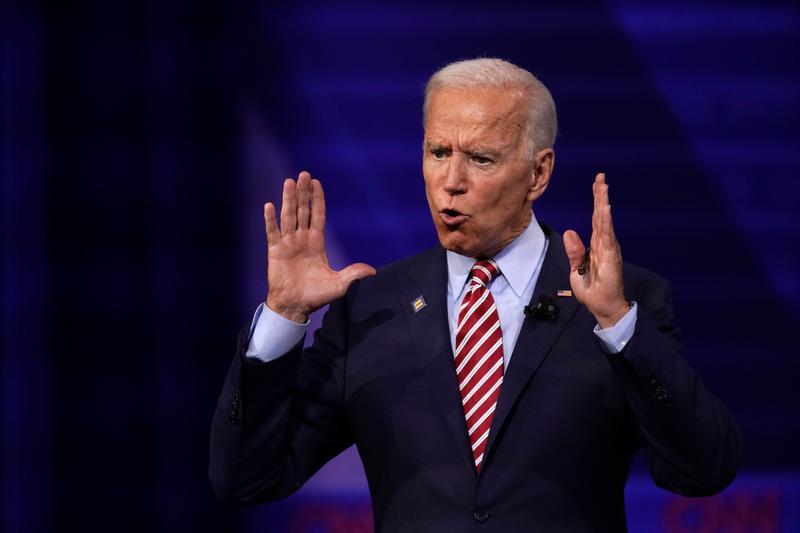 But the three companies said that the ad, which alleges that the former vice president promised Ukraine $1 billion if the country fired a prosecutor investigating a company linked to his son Hunter, did not violate their site rules.

Trump has repeatedly made allegations, without evidence, that Biden engaged in improper dealings in Ukraine.

The Biden campaign’s letters, seen by Reuters, said it was putting the companies “on notice about the absolute falsity of these claims.”

As campaigning for the November 2020 U.S. election kicks up a gear, Facebook and other social media companies have been under pressure to police election-related content. U.S. intelligence agencies found the sites were used in a Russian campaign to influence the 2016 presidential election, a claim denied by Moscow.

Facebook recently explained that it does not intend to send politicians’ posts or ads to its third-party fact-checkers.

In a letter responding to the Biden campaign, Facebook said that politicians are not allowed to share a previously debunked viral hoax in ads, but their direct speech was ineligible for fact-checking.

“Our approach is grounded in Facebook’s fundamental belief in free expression, respect for the democratic process, and the belief that, in mature democracies with a free press, political speech is already arguably the most scrutinized speech there is,” Facebook’s head of global elections policy Katie Harbath wrote in the letter.

The Trump campaign said the ad did not contain any false claims.

“Our ads are 100 percent accurate,” said Trump campaign spokesman Tim Murtaugh. “The truth hurts and it’s not a surprise that Biden doesn’t want anyone to hear it.”

Google, whose video-streaming service YouTube ran the ad, confirmed that it had on Thursday received the Biden campaign’s letter. Twitter also said it had received the letter and intended to respond.

Senator Elizabeth Warren, another front-runner for the Democratic nomination, attacked Facebook’s policy in a series of tweets on Monday.

“Facebook already helped elect Donald Trump once because they were asleep at the wheel while Russia attacked our democracy – allowing fake, foreign accounts to run ad campaigns to influence our elections,” wrote Warren, who in March called for the break up of Facebook, Alphabet and Amazon.

The Democratic National Committee’s deputy war room director, Daniel Wessel, said in a statement: “Any false ad should be fact checked and removed, including this one. Facebook owes that to its users.”

The ad, which also attacks “media lapdogs,” was rejected by CNN, according to media reports, while NBCUniversal refused to accept it in its current form when the Trump campaign tried to place additional cable buys, a NBCUniversal spokeswoman said. It has previously aired nationally once on NBC stablemates MSNBC and Bravo. CNN did not reply to a Reuters request for comment.

On Thursday, Lee Goodman, a Republican and former chairman of the Federal Election Commission, told CNBC that he did not think Facebook should be tasked with determining the truthfulness of political campaign ads.

Some social media platforms, such as photo-sharing site Pinterest and popular Chinese-owned video app TikTok, do not allow political advertising.

TikTok last week explained its own ban on political advertising, saying that they do not fit into the experience it aims to provide to users.

Reporting by Elizabeth Culliford in London, Editing by Rosalba O’Brien