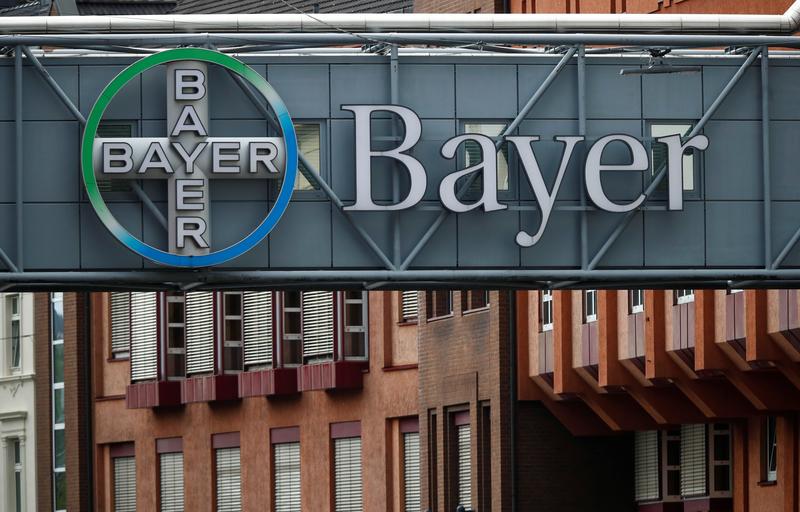 MELBOURNE (Reuters) – An Australian farmer has launched a legal action against Bayer AG’s agricultural chemicals unit Monsanto after being diagnosed with a type of cancer he claims was caused by its weedkiller, the Australian Broadcasting Commission reported on Thursday.

FILE PHOTO: A bridge is decorated with the logo of a Bayer AG, a German pharmaceutical and chemical maker in Wuppertal, Germany August 9, 2019. REUTERS/Wolfgang Rattay

New South Wales farmer Ross Wild was diagnosed with Hodgkin’s Lymphoma last year after using the weedkiller Roundup on his farming property near the border of NSW and Victoria since 1976, ABC reported.

He claims that long-term exposure to Roundup’s active ingredient, glyphosate, was to blame, ABC said.

Bayer did not have an immediate comment on the case.

Wild will be represented by managing partner Tony Carbone of Carbone Lawyers, according to the report. The firm did not immediately respond to an email requesting comment.

Glyphosate is the world’s most widely used weedkiller. Monsanto’s Roundup was the first glyphosate-based weedkiller but is no longer patent-protected and many other versions are now available. Bayer does not provide sales figures for the product.

Bayer has said that decades of studies by the company and independent scientists have shown glyphosate and Roundup to be safe for human use. Several regulators around the world have determined that glyphosate was not likely carcinogenic to humans.

The company said in a statement that as of July 11, it faced lawsuits brought by roughly 18,400 U.S. plaintiffs who say glyphosate caused cancer.

Earlier this month, Bayer said a trial over the weedkiller scheduled to begin on Oct. 15 in Missouri had been delayed.

The lawsuit is the latest of several to be put on hold as mediator Ken Feinberg tries to negotiate a settlement between the company and U.S. plaintiffs after a California jury in August last year found that Monsanto should have warned of alleged cancer risks.