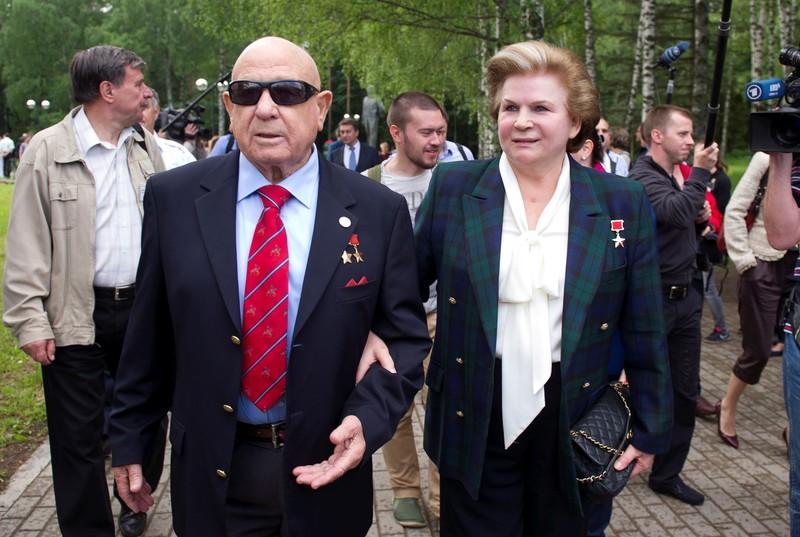 MOSCOW (Reuters) – Alexei Leonov, who became the first human to walk in space in 1965, died on Friday at the age of 85 after a long illness, Russia’s TASS news agency reported.

Though less well known internationally than Yuri Gagarin, the first man in space, Leonov was a household name in his native Russia and will be remembered in particular for his role in the 1965 Voskhod-2 mission.

During that flight, one of two he made into space in his career, Leonov became the first human to conduct a space walk, an episode that lasted 12 minutes and 9 seconds.

The outing was stressful for Leonov whose space suit filled with air to the point where he struggled to get back into his spacecraft.

Leonov flew into space again in 1975, commanding the Soviet half of the Apollo-Soyuz mission, the first U.S.–Soviet space flight. It occurred at a time when Russia and the United States, which spent part of the Cold War locked in a space race, were pursuing a policy of detente.

Leonov trained as a military pilot before becoming a cosmonaut. He received a ‘Hero of the Soviet Union’ medal – one of the Russian state’s most prestigious awards – twice and has a small crater on the Moon named after him.

Leonov helped train other cosmonauts before retiring in 1992, a year after the Soviet Union collapsed. He devoted himself to private business and his twin passions of art and writing in later life.

NASA said in a statement on Twitter it was saddened by Leonov’s death.

“His venture into the vacuum of space began the history of extravehicular activity that makes today’s Space Station maintenance possible,” it said.