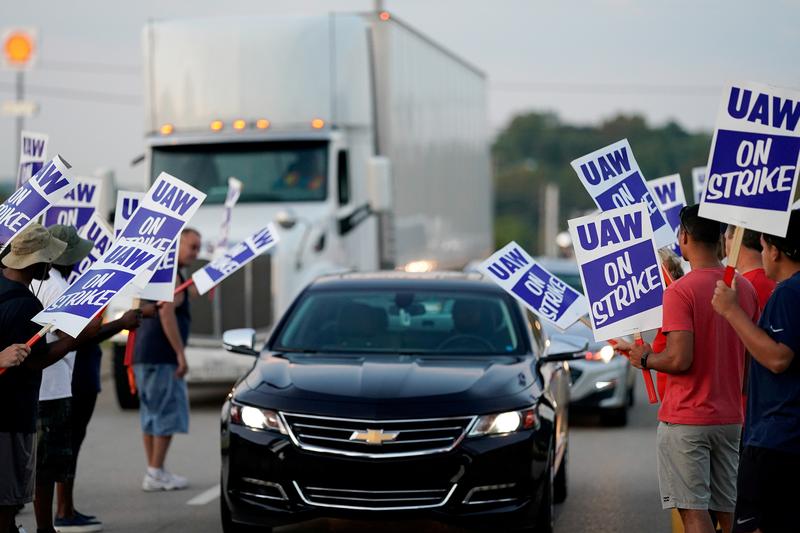 “We have made it clear that there is no job security for us when GM products are made in other countries for the purpose of selling them here in the U.S.A.,” UAW Vice President Terry Dittes wrote in a letter to UAW officials on the 23th day of the strike. “We believe that the vehicles GM sells here should be built here. We don’t understand GM’s opposition to this proposition.”

The strike at the United States’ biggest carmaker began on Sept. 16, with its 48,000 UAW members seeking higher pay, greater job security, a bigger share of the automaker’s profit and protection of healthcare benefits. The strike has cost GM more than $1 billion and forced it to idle operations in Canada and Mexico.

GM declined to comment on the UAW letter, which the union released to the media. Talks are set to resume Wednesday morning and the sides have exchanged numerous proposals since the strike began.

GM’s production of trucks and sport-utility vehicles in Mexico has drawn anger among union workers.

Through August, 526,000 of the 573,000 vehicles GM exported from Mexico were sent to the United States, equal to about a quarter of its U.S. sales. U.S. President Donald Trump and many lawmakers have also urged GM to build more vehicles in the United States.

GM announced in November 2018 it would close four U.S. factories, including two assembly plants, and cut 15,000 jobs in North America.

GM said in September before the strike began that it had offered to make $7 billion in new U.S. investments in eight facilities in four states, but did not specify timing, location or products with the exception of a planned electric truck.

UAW workers are concerned that as GM shifts to more electric vehicles it will require fewer workers and that battery production may result in workers getting paid less than at existing transmission plants.

Reuters has reported that GM has told the UAW it could build a new battery plant near the now shuttered Lordstown, Ohio factory.

To date, the strike has hit as many as 150,000 workers in the auto industry, a report from research and consulting firm Anderson Economic Group (AEG) showed on Tuesday.

About 75,000 employees of auto parts suppliers have either been temporarily laid off or have seen their wages shrink due to the slump in demand from GM, according to the AEG report.

About 5,000 workers at Michigan auto suppliers have filed for unemployment benefits as a result of the strike, the state said on Tuesday.

AEG estimates that the strike has resulted in a $660 million profit hit for GM and more than $412 million in direct wage losses for all employees through the third week of the strike.

GM’s share price dropped by 2.5% on Tuesday as broader indexes fell. Its share price has lost 9% since the strike began, slicing more than $4 billion from the automaker’s market value.

Talks for a new four-year labor contract took a “turn for the worse” on Sunday after the UAW rejected GM’s latest offer but the two sides were still talking.

Reporting by Dominic Roshan K.L. in Bengaluru and David Shepardson in Washington; Editing by Tom Brown and Christopher Cushing