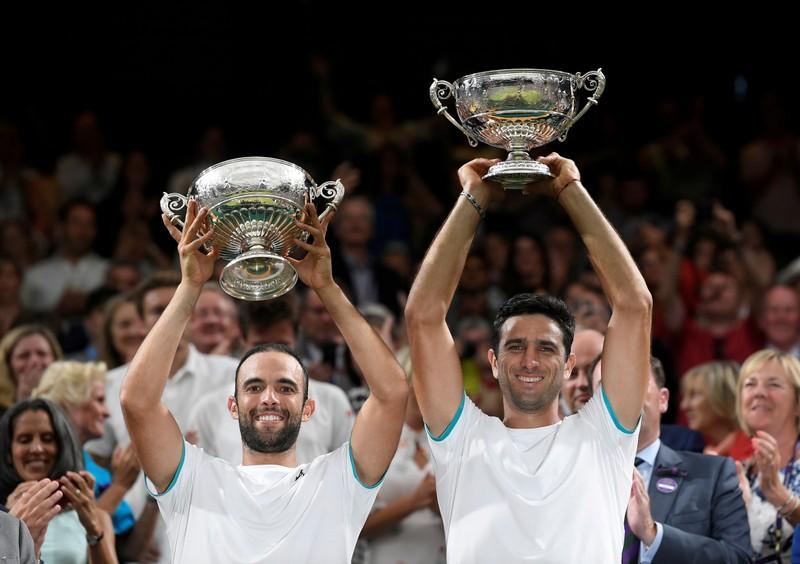 Victory over Americans John Isner and Sam Querrey at the Shanghai Masters on Wednesday means they cannot be caught.

“It’s been amazing and a crazy run this year,” Cabal said. “It’s unreal, we’re really happy and proud about what we have achieved. We have kept things simple and kept the hunger to achieve this amazing achievement.”

The only other South American pair to finish the year ranked number one since doubles rankings began in 1984 were Chile’s Hans Gildemeister and Andres Gomez of Ecuador in 1986.

Brazil’s Bruno Soares was the 2016 year-end No. 1 with Britain’s Jamie Murray and Soares’s compatriot, Marcelo Melo, finished in top spot with Lukasz Kubot in 2017.

Cabal and Farah won this year’s Wimbledon title to open their Grand Slam account and then repeated at the U.S. Open.

They also won titles in Barcelona, Rome and Eastbourne.

“It is a great achievement and I will be very happy and honoured to receive the year-end No. 1 doubles trophy,” Farah said. “I’ve been dreaming about this forever.”