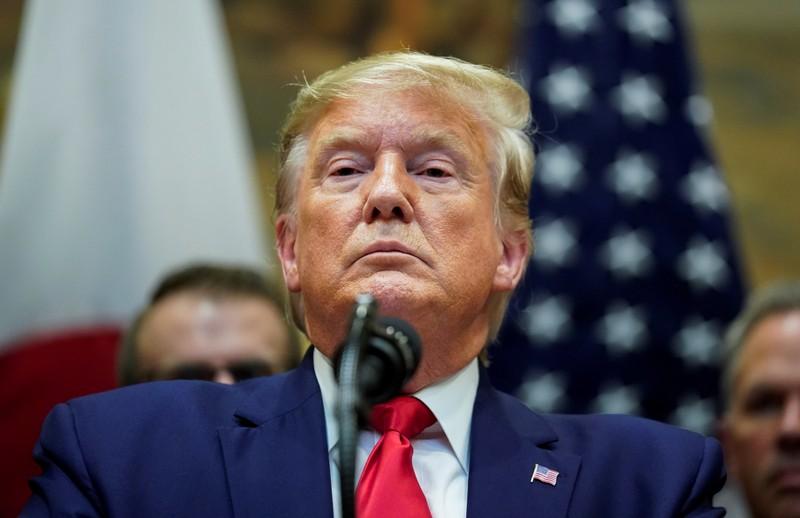 U.S. President Donald Trump responds to questions about the U.S. House impeachment investigation during a formal signing ceremony for the U.S.-Japan Trade Agreement at the White House in Washington, October 7, 2019. REUTERS/Kevin Lamarque

WASHINGTON (Reuters) – U.S. President Donald Trump said on Monday his administration’s proposal to boost the biofuels market next year would bring the amount of corn-based ethanol mixed into the nation’s fuel to about 16 billion gallons (60.6 billion liters).

“We’ve come to an agreement and its going to be, I guess, about, getting close to 16 billion … that’s a lot of gallons. So they should like me out in Iowa,” he told a news conference.

The U.S. Renewable Fuel Standard (RFS) program currently requires refiners to blend 15 billion gallons of ethanol per year, but the corn lobby has said the Environmental Protection Agency’s use of waivers means the actual volumes blended are lower than that.

Trump’s EPA unveiled the plan here last week to boost U.S. biofuels consumption to help struggling farmers, but did not provide an exact figure. The plan cheered the agriculture industry but triggered a backlash from Big Oil, which views biofuels as competition.

The deal is widely seen as an attempt by Trump, who faces a re-election fight next year, to mend fences with the powerful corn lobby, which was outraged by the EPA’s decision in August to exempt 31 oil refineries from their obligations under the RFS. That freed the refineries from the requirement to blend biofuels or buy credits from those who do.

Biofuel companies, farmers and Midwest lawmakers complain such waivers undercut demand for corn, which is already slumping because of the U.S. trade war with China. Oil refiners say the waivers protect blue-collar jobs and have no real impact on ethanol use.

The RFS was intended to help farmers and cut U.S. reliance on foreign energy imports, but has become a constant source of conflict between the oil and corn industries – two crucial constituencies heading into next year’s election.