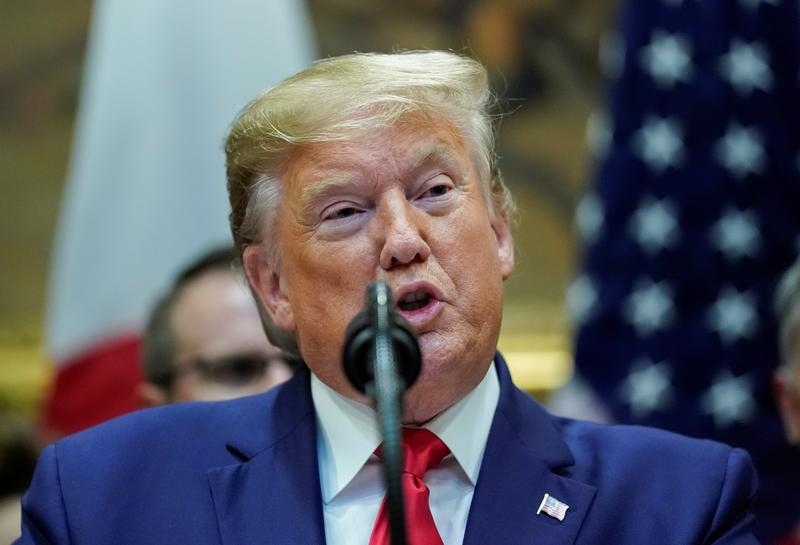 Butter is one of several U.S. dairy products that will not get improved access to Japan’s 127 million consumers under the limited bilateral trade deal signed by Trump and Japanese Prime Minister Shinzo Abe on Sept. 25.

The deal’s full text has not been released and remains classified, but congressional aides, trade experts and industry groups briefed on it say that it offers worse access to Japan for some U.S. agricultural goods than the Trans-Pacific Partnership (TPP), a now 11-country trade deal that Trump quit on his third day in office in 2017.

U.S. butter, milk powder and evaporated milk, along with some grains, would have competed with other TPP signatories for Japan’s new import quotas under the Pacific Rim deal.

When the United States pulled out, that left more space for brands like Anchor or Australia’s Western Star, and Japan refused to grant new quotas for U.S.-made products in the just-completed U.S. negotiations.

But there are gains that bring U.S. beef, pork and wine exports in line with TPP competitors from Australia, New Zealand and Canada, putting them on the same tariff schedule.

“There are some specific parts of the ag sector that really do benefit from this,” said Matthew Goodman, a Asian economics expert at the Center for Strategic and International Studies in Washington. “More broadly, this is not a highly significant deal from a commercial perspective, as it doesn’t touch the biggest item in bilateral trade, autos and auto parts.”

The U.S.-Japan agriculture-centered deal is notable for what it leaves out. It does not include the bulk of products that make up the bilateral trading relationship, notably autos from Japan and aircraft, liquefied propane gas and semiconductor manufacturing equipment from the United States.

Motor vehicles and parts, by far the largest Japanese export to the United States at $56 billion in 2018, were left out for a later phase of negotiations. Abe said Trump agreed not to impose threatened “Section 232” tariffs on Japanese cars and parts on national security grounds.

Japan has no tariffs on cars and trucks from the United States, but U.S. automakers argue that most American cars are kept out by environmental and safety regulations, and Japan’s currency policies that keep the yen low against the dollar.

TPP would have eased Japan’s regulatory barriers, but neither agreement contained any rules to combat currency manipulation – a stated goal of the U.S. Trade Representative’s office.

America’s rice growers won’t benefit from the new bilateral trade deal, as tariffs and quotas on U.S. rice imported to Japan set in the early 1990s remain in place.

Under the TPP, Japan would have accepted 70,000 metric tons of American rice per year tariff-free under a U.S.-specific quota, but this was not included in the bilateral deal.

Tim Johnson, president and CEO of the California Rice Commission, said he hoped for a better deal in later phases of U.S.-Japan talks.

Barley also will not get improved access in the trade deal, congressional aides said, as Japan did not expand its TPP-wide quota for the grain used widely in beer production.

Apart from the lack of improved access for butter and milk powder, exact details of cheese provisions in the U.S.-Japan deal are not yet known. TPP would have eliminated Japan’s tariffs of up to 40 percent on U.S. cheese over 16 years, but dairy industry officials say they eventually expect to be on a par with TPP countries.

“We think it’s probably 80% of what we would have gotten in TPP,” said Michael Dykes, president and CEO of the International Dairy Foods Association.

Documents provided by the Japan’s foreign ministry show that Japan did not grant any concessions for U.S. exports of sugar, chocolate or other confections. Tokyo’s TPP-wide quotas for these products have gone to other countries.

U.S. beef is the major winner in the U.S.-Japan deal and will see Japanese tariffs fall from to 9% from 38.5% by 2033, on the same schedule as TPP competitors Australia, New Zealand and Canada, according to U.S. and Japanese officials.

The story is the same for U.S. pork exports to Japan, which topped $1.6 billion in 2018, but now face a significant tariff disadvantage compared to TPP and EU countries. The deal will put U.S. producers on the same tariff reduction schedule as these competitors, with a 20% tariff for seasoned pork dropping to zero within six years.

These concessions may provide some relief for farmers and ranchers in the politically important U.S. Midwest who have been battered by the U.S.-China trade war and have lost market share in Japan to EU and TPP competitors that have lower Japanese tariffs.

And the deal maintains Japan’s zero duty on U.S. corn for animal feed, but grants a quota eliminating a 3% duty on sweet corn and other types of corn, according to the U.S. Grains Council, an industry group, which said the deal brings most U.S. grains exports “largely back in line with TPP.”

Wheat producers also said they have been told by the Trump administration that tariffs on exports to Japan will drop in line with tariffs on Australian and Canadian wheat.

But Japanese documents say that no concessions were granted for other types of alcohol. U.S. bourbon and Tennessee whiskey had won some labeling protections in TPP along with tariff reductions.

The main improvement over TPP comes from the U.S.-Japan digital trade agreement, say congressional aides and tech industry officials briefed on it. They described it as “TPP-Plus” and in line with USTR goals on setting global rules for digital commerce and cross-border data flows.

It includes stronger rules to prohibit cross-border taxation of digital downloads and data localization requirements than TPP. Cloud computing and new financial technologies were still new and being developed during the many years TPP was negotiated, so that deal included carve outs that would have allowed some countries to require local housing of financial sector data.

The U.S.-Japan deal prohibits these, as well as unreasonable security requests for source code.

Overall, the digital deal is in line with the new U.S.-Mexico-Canada agreement, regarded as an upgrade from TPP on digital economy issues. Abe said it reflects Japan’s status as an ally of the United States in trying to set high-standard, open internet rules for the world.