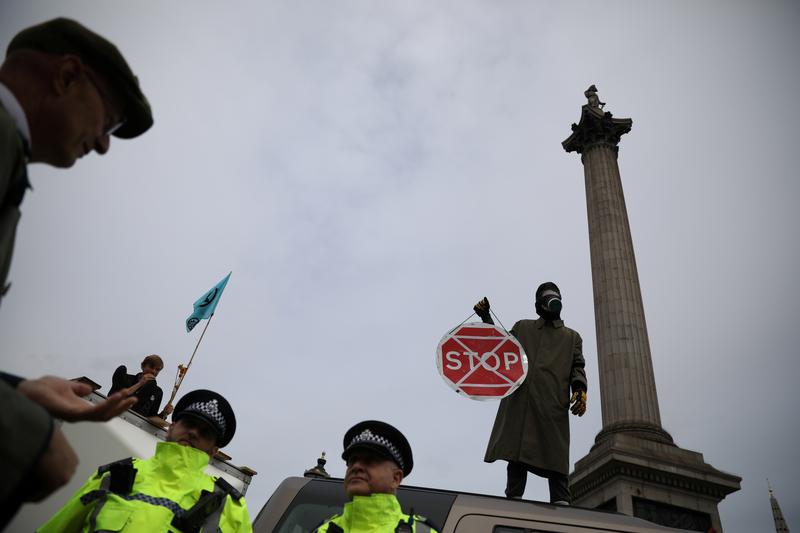 An activist holds a sign as he stands on the roof of a car during the Extinction Rebellion protest at Trafalgar Square in London, Britain October 7, 2019. REUTERS/Marika Kochiashvili

Thousands of climate-change protesters took to the streets in cities around the world on Monday, launching two weeks of peaceful civil disobedience to demand immediate action to cut carbon emissions and avert an ecological disaster.

“As of 1815hrs today (1715 GMT), 276 people have been arrested as part of the Extinction Rebellion protests in London,” the Metropolitan Police said on Twitter.