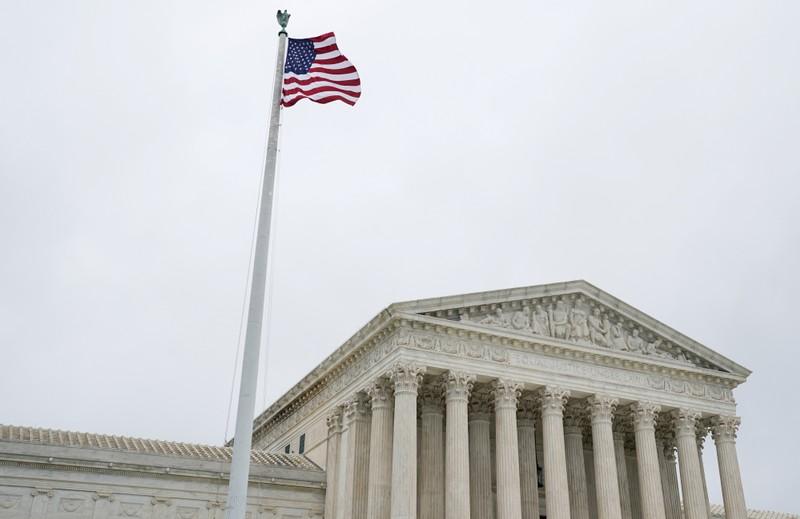 WASHINGTON (Reuters) – The U.S. Supreme Court kicks off its new term this week, with a major dispute on tap over whether a landmark decades-old federal anti-discrimination law that bars sex discrimination in the workplace protects gay and transgender employees.

The nine-month term opens on Monday with three cases to be argued before the nine justices. On Tuesday, the court turns to one of the term’s biggest legal battles, with two hours of arguments scheduled in three related cases on a major LGBT rights dispute.

At issue is whether gay and transgender people are covered by Title VII of the Civil Rights Act of 1964, which bars employers from discriminating against employees on the basis of sex as well as race, color, national origin and religion.

The court, whose 5-4 conservative majority includes two Trump appointees, will hear two cases about gay people who have said they were fired due to their sexual orientation. One involves a former county child welfare services coordinator from Georgia named Gerald Bostock. The other involves a New York skydiving instructor named Donald Zarda. He died after the case began and the matter is being pursued by his estate.

“I didn’t ask for any of this. I found myself in this situation. This is a national issue of importance that needs to be confronted head on,” Bostock said.

The third case involves a Detroit funeral home’s bid to reverse a lower court ruling that it violated Title VII by firing a transgender funeral director named Aimee Stephens after Stephens revealed plans to transition from male to female. Rulings in the cases are due by the end of June.

“It would be nice if our rights were formally protected, that we have the same basic human rights as everyone else. We are not asking for anything special,” Stephens said.

Trump, a Republican with strong support among evangelical Christian voters, has taken aim at gay and transgender rights. His administration has supported the right of certain businesses to refuse to serve gay people on the basis of religious objections to gay marriage, restricted transgender service members in the military and rescinded protections on bathroom access for transgender students in public schools.

The legal fight focuses on the definition of “sex” in Title VII. The plaintiffs, along with civil rights groups and many large companies, have argued that discriminating against gay and transgender workers is inherently based on their sex and consequently is unlawful.

Trump’s Justice Department and the employers in the cases have argued that Congress did not intend for Title VII to protect gay and transgender people when it passed the law. Conservative religious groups and various Republican-led states back the administration.

Religious-based employers that expect workers to live in accordance with their religious beliefs are concerned about facing increased litigation.

“An expansion of the scope of Title VII will massively increase church-state conflict,” said Luke Goodrich, a lawyer at the Becket Fund for Religious Liberty, a religious legal group.

The justices open the term on Monday with arguments in three cases on whether Kansas can abolish the insanity defense in criminal trials, whether the U.S. Constitution requires unanimous jury verdicts and on fees in patent litigation.

Abortion rights also will figure prominently for the justices. The court on Friday agreed to take up a major case that could lead to new curbs on access to abortion as it considers the legality of a Republican-backed Louisiana law that imposes restrictions on abortion doctors.

The law, which the Supreme Court in February prevented from going into effect while the litigation continues, includes a requirement that doctors who perform abortions have a difficult-to-obtain arrangement called “admitting privileges” at a hospital within 30 miles (48 km) of an abortion clinic.

The case will test the court’s willingness to uphold Republican-backed abortion restrictions being pursued in numerous states. The Supreme Court struck down a similar Texas requirement in 2016 but the court has moved to the right since then. Anti-abortion activists are hoping the justices will scale back or even overturn the 1973 Roe v. Wade ruling that legalized abortion nationwide.

Other major cases on the horizon include Nov. 12 arguments over Trump’s move to end a program created by his Democratic predecessor Barack Obama that protects from deportation hundreds of thousands of immigrants – mostly Hispanic young adults – who were brought into the United States illegally as children.

The court is also due in December to hear its first major gun rights case in decade, although the justices potentially could dismiss it because the New York City law being challenged by gun rights advocates has been amended since the litigation began. Other gun-related cases wait in the wings for possible action by the justices.

(For a graphic on major cases before the Supreme Court, click here)

Reporting by Lawrence Hurley; Additional reporting by Andrew Chung; Editing by Will Dunham