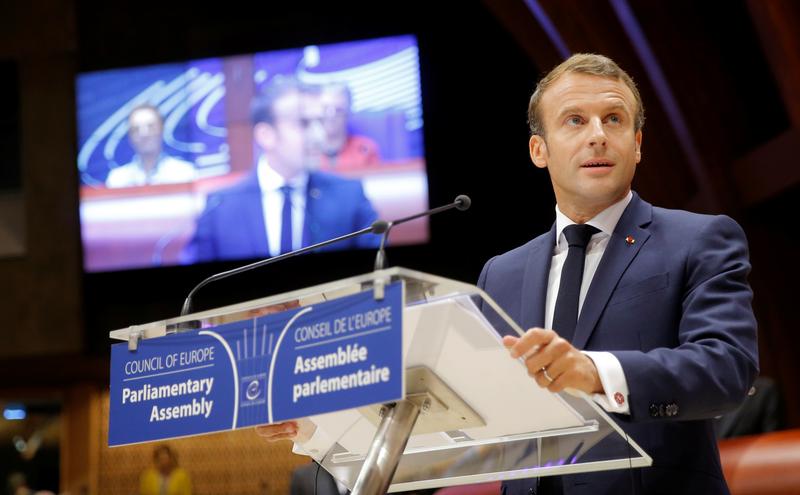 French President Emmanuel Macron addresses the Parliamentary Assembly of the Council of Europe in Strasbourg, France, October 1, 2019, as part of 70th anniversary ceremonies of the council of Europe. REUTERS/Vincent Kessler

“Boris Johnson presented his latest proposals,” the official said. “The President told him that the negotiations should continue swiftly with Michel Barnier’s team in coming days, in order to evaluate at the end of the week whether a deal is possible that respects European Union principles.”