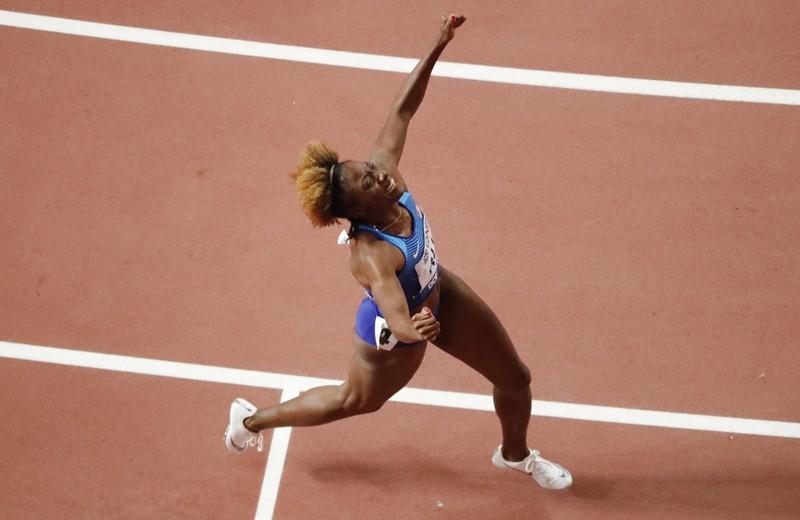 DOHA (Reuters) – Nia Ali, back in the starting blocks after giving birth to her second child, powered to victory in the world championships 100 meters hurdles on Sunday, leading an American one-two finish.

Ali, who won silver at the 2016 Rio Olympics after having her first child, went one better in front of another full-house Khalifa Stadium, blazing across the line in a personal best time of 12.34 seconds.

World record holder Kendra Harrison, winner of 10 consecutive races this season, settled for silver in 12.46 edging out Jamaica’s 2015 world champion Danielle Williams, who was clocked a 12.47.

The U.S. was denied a possible podium sweep when Olympic champion Brianna McNeal was disqualified in the opening heats after a false start.