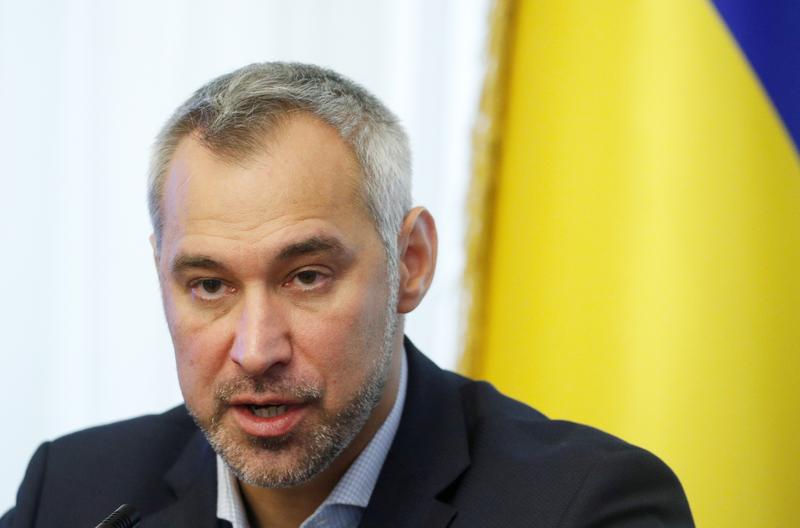 KIEV (Reuters) – Ukrainian prosecutors said on Friday they would review 15 previous investigations related to the founder of gas company Burisma, where the son of former U.S. Vice President Joe Biden was a board member until this year.

It is the first concrete sign of how Ukraine plans to handle investigations that are being closely watched in Washington, where U.S. President Donald Trump, a Republican, is fighting an impeachment battle against the Democrats.

Trump had asked President Ukrainian President Volodymyr Zelenskiy in a July 25 phone call to investigate Biden and his son Hunter, who earned money from Burisma.

That call has triggered an impeachment inquiry into whether Trump sought personal political gain by asking for a foreign investigation into one of his main political rivals. Joe Biden is a leading contender for the Democratic nomination in the 2020 presidential election.

Ukraine’s new top prosecutor Ruslan Ryaboshapka told Reuters on Friday he was not aware of any evidence of wrongdoing by Hunter Biden.

But his office announced that prosecutors would investigate whether old cases featuring Burisma founder Mykola Zlochevsky, related to the time when Zlochevsky served as a minister in a previous government, were conducted properly.

“If it is found that the proceedings have been closed in violation of the law or other procedural violations have been committed, then we will take appropriate decisions,” Ryaboshapka’s office said in a statement.

No decision on how to proceed against Zlochevsky or people related to him has been taken so far, the statement added.

Burisma did not immediately reply to a request to Zlochevsky for comment. It was not clear what the 15 investigations pertained to, nor Zlochevsky’s role in them.

Asked whether he had any evidence of wrongdoing by Hunter Biden, Ryaboshapka told Reuters: “I have no such information.”

Asked if Giuliani had contacted him, Ryaboshapka told reporters that no foreigners had been in touch with his office.

Ryaboshapka took over as General Prosecutor at the end of August.

Trump on Thursday again invited foreign interference in a U.S. presidential election by publicly calling on China to investigate Joe Biden. Trump said he believed both China and Ukraine should look into Biden and his son, and described the impeachment probe as “crap”.