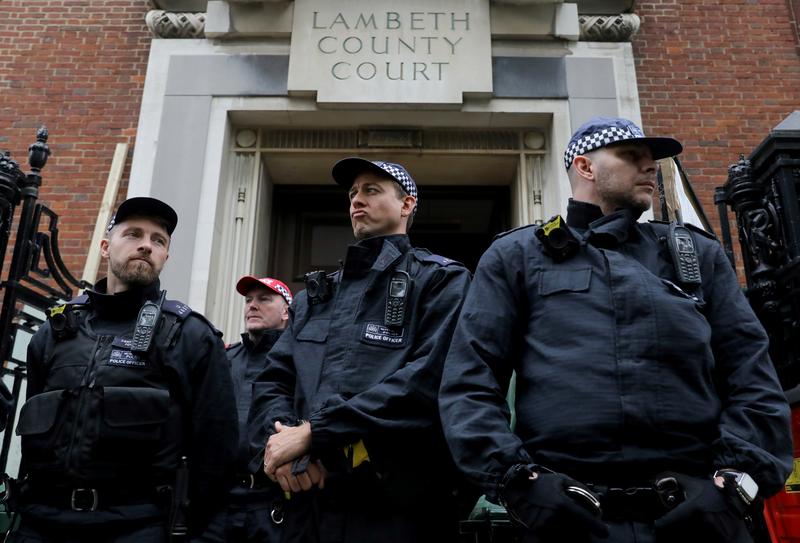 “Pre-emptive arrests are taking place at one of our warehouses for conspiracy to obstruct highways, even if people didn’t intend to join the rebellion,” Extinction Rebellion said on Twitter on Saturday.

A spokeswoman for London’s Metropolitan Police confirmed arrests had been made but was unable to provide further details.

A Reuters photographer said he saw police breaking down a door to enter a building used by Extinction Rebellion to store equipment ahead of Monday’s planned protests.

The group staged 11 days of protests in London in April that disrupted public transport and roads.

On Thursday, Extinction Rebellion activists used a fire engine to hose a red liquid at the British finance ministry’s headquarters in London to draw attention to what they said was the government’s failure to avert climate disaster.