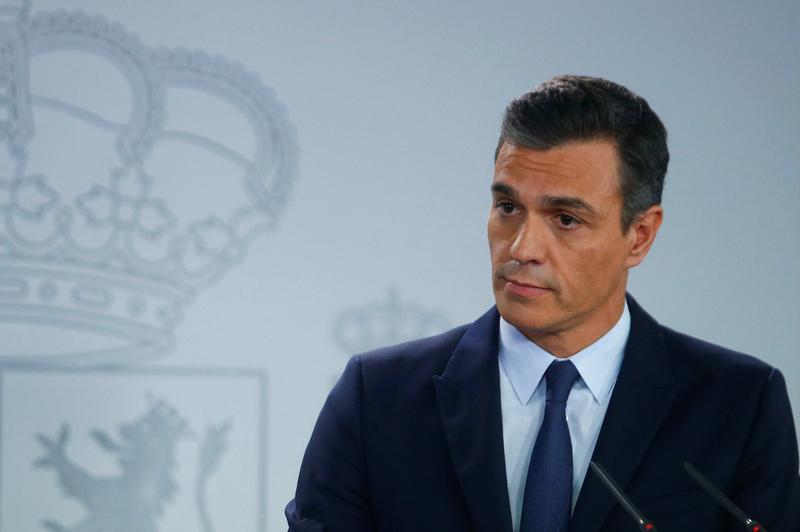 FILE PHOTO: Spain’s acting Prime Minister Pedro Sanchez looks on during a news conference at the Moncloa Palace after a meeting with King Felipe in Madrid, Spain, September 17, 2019. REUTERS/Javier Barbancho

The United States announced plans for new tariffs on a range of EU goods on Wednesday after the World Trade Organisation (WTO) ruled this week that some subsidies EU states paid to Airbus were illegal, giving the United States the right to respond with tariffs worth $7.5 billion.

“We are an administration that wants to maintain the best possible transatlantic relations…but my responsibility as prime minister is to defend the agricultural sector in the face of any attempt to railroad us with tariffs,” Sanchez said at an conference in the southwestern region of Galicia.

Spain estimates the new tariffs, which Washington said it will impose on products including wine and cheese, will affect about 1 billion euros of exports a year.

Although the country hopes to avoid mutually harmful tariffs, it will respond ask the EU to apply counter measures to defend its interests if negotiations fail, the government said in a statement on Friday evening. Spain on Friday summoned the U.S. ambassador to Madrid to express its complete rejection of the tariffs.

“It’s something that fills us with concern”, Sanchez said of the proposed tariffs.